Portugal has become Embraer’s first confirmed export customer for the KC-390 tactical transport/tanker, having signed a contract to buy five of the type.

Portugal’s defence ministry says the procurement also includes a simulator, plus personnel training and logistics support. It values the deal at €827 million ($932 million). A first delivery will be made to the NATO member nation in February 2023, with the remaining examples to follow at a rate of one per year until February 2027. 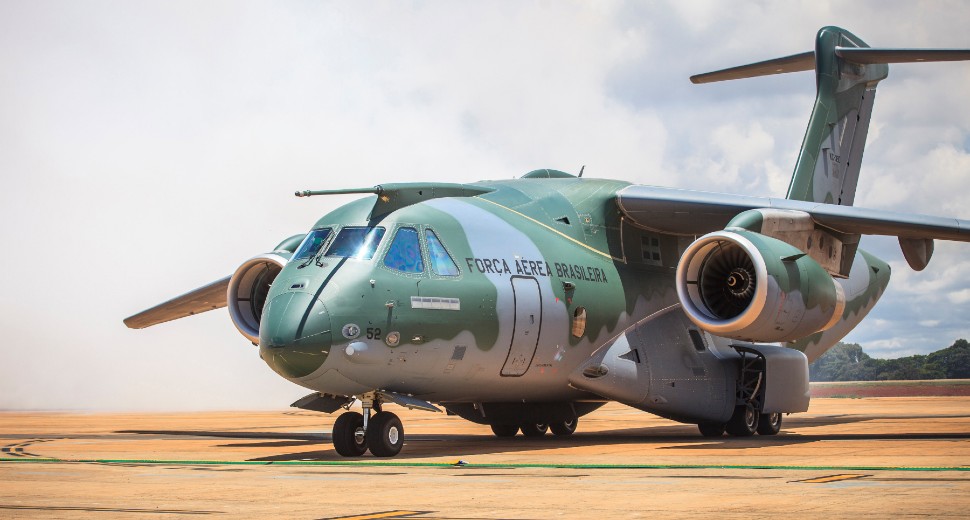 “The Portuguese KC-390 will meet new interoperability requirements, in the areas of secure navigation, data and voice transmission, that will allow the KC-390 to integrate joint operations in multinational alliances in which Portugal is integrated,” says Jackson Schneider, chief executive of Embraer Defense & Security. “These requirements, developed in partnership with the Portuguese air force, will enable the KC-390 to meet the needs of many other nations around the world,” he adds.

"It is an aircraft with two engines but with capabilities that only four-engined aircraft can achieve," says Portuguese defence minister Joao Gomes Cravinho.

Schneider notes that Embraer already supports “thousands of highly skilled jobs” in Portugal, with its Ogma subsidiary in Evora producing aerostructures for products including the KC-390.

Portugal’s commitment adds to the 28 aircraft already on order for launch customer the Brazilian air force. The service will take delivery of its first aircraft during the third quarter of this year, with Embraer having displayed its lead example at last month’s Paris air show.