Dassault has handed over the first of an eventual 36 Rafale combat aircraft – a DQ two-seat variant – to Qatar, for operation by the country's air force.

Doha signed for 24 examples in 2015, adding a further 12 aircraft a little over two years later.

“For the fourth time in our long and trustful partnership with Qatar, a Dassault aircraft will serve proudly in the Qatari Emiri Air Force," says Dassault chief executive Eric Trappier. 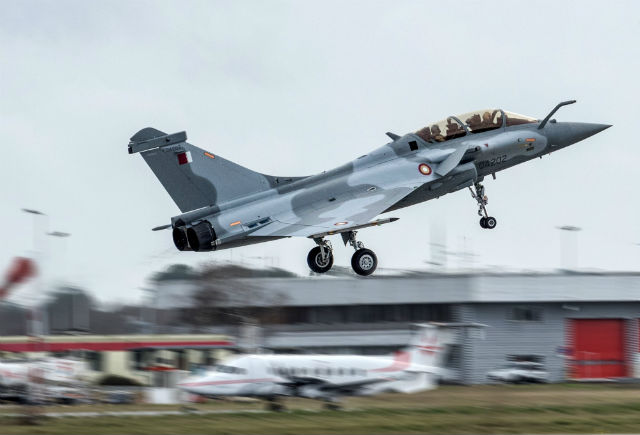 Qatar has previously taken a number of Dassault-built types, including the Mirage F1 and Mirage 2000 fighters, as well as the Alpha Jet trainer.