Boeing has delivered its fifth KC-46A Pegasus tanker to the US Air Force, with its latest example the first to be transferred to Altus AFB in Oklahoma. 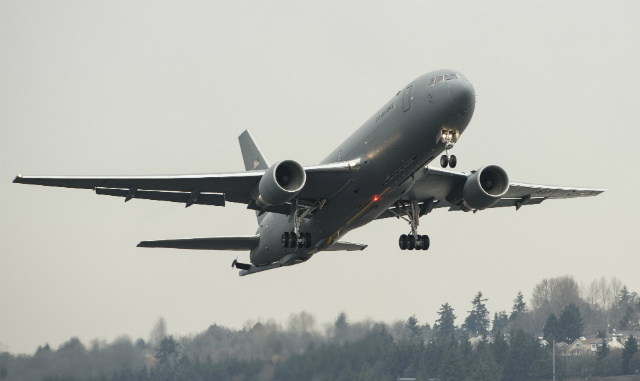 The heavily adapted 767 – registered 76027 – arrived at the site from Everett, Washington on 8 February, exactly two weeks after Boeing had transferred a lead pair of the type to McConnell AFB, in Kansas. That location also received the programme's third and fourth examples, the company says.

Assigned to the 97th Air Mobility Wing, the new tanker will be used by the 56thAir Refuelling Squadron to support "aircrew, maintenance and support training", Boeing says. "Three additional KC-46A aircraft will be delivered to Altus in the coming weeks," it adds. 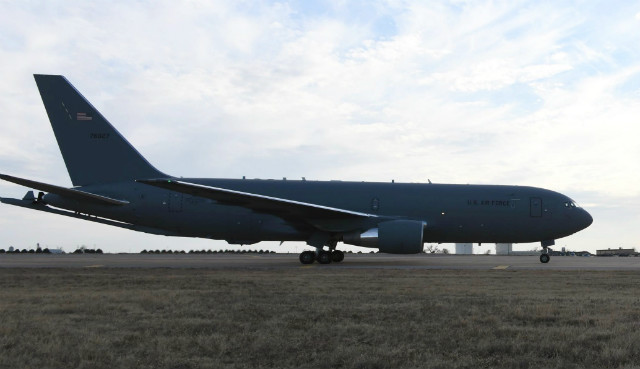 The USAF notes that preparations at Altus for the new tanker's arrival have included the construction of a dedicated training centre with equipment including a fuselage trainer, plus hangar extensions to accommodate the type.

Subsequent KC-46A deliveries this year will be made to Altus and McConnell, along with initial examples to be flown to Pease Air National Guard Base in New Hampshire, Boeing says.

Selected to replace some of the USAF's oldest Boeing KC-135s, the Pegasus fleet is due to eventually total 179 aircraft. The service has so far signed contracts covering 52 examples.