The Hindustan Aeronautics Tejas Mk. 1 and Yakovlev Yak-130 have made their Langkawi debuts as potential contenders for Malaysia’s Light Combat Aircraft (LCA) requirement.

The appearance of the Tejas was especially notable because it is the first time the type has appeared in a flying display outside India. The Yak-130 also appeared on both static and in the flying display.

The pair are part of an eclectic group of aircraft that may compete for the possible requirement. Kuala Lumpur has issued a request for information to several manufacturers offering aircraft of various capabilities. 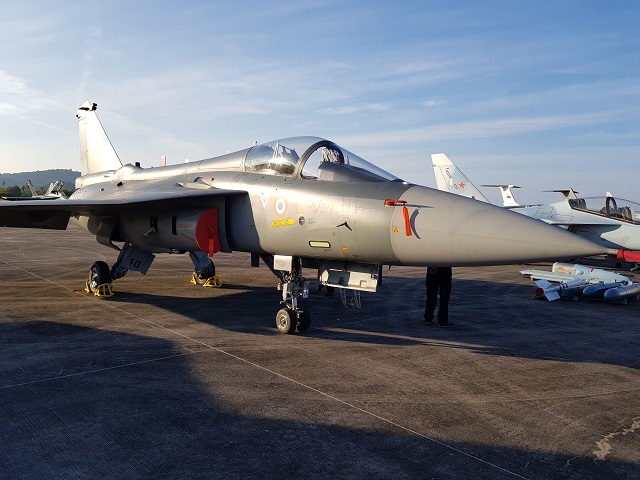 The type selected will be deployed both as a trainer and in the ground attack role. At a media briefing, representatives of Russian arms firm Rostec said that KL may obtain a total of 36 aircraft in two 18 aircraft increments.

It is not clear as to when a request for proposals will be forthcoming for the LCA deal, but the variety of aircraft involved suggests KL is considering a range of options. The Tejas and JF-17 are both full-fledged, fighters and only recently have two-seat variants been developed. 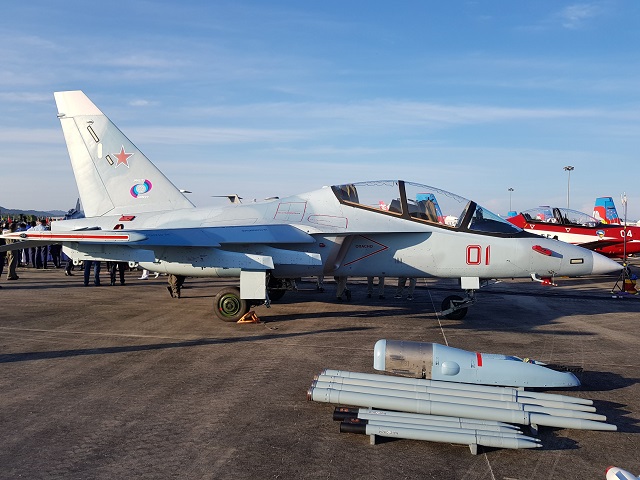 The other three aircraft are advanced jet trainers and boast the ability to carry weapons.

Meanwhile BAE Systems, which supplied Malaysia’s fleet of Hawk 108 trainers and Hawk 208 attack jets, says capability can be added to its aircraft through various upgrades.

A company executive noted that the airframes of Malaysia’s Hawk fleet still have considerable life in them, and that the type is a known quantity to the Royal Malaysian Air Force, which has operated it for 25 years.