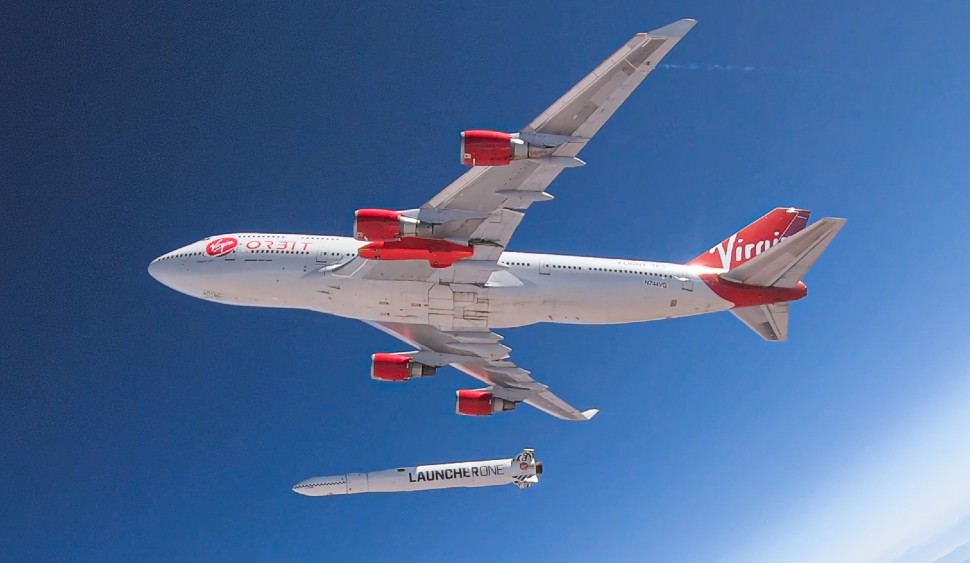 A total of 17 candidates applied for the opportunity and a shortlist of four – two each from the fast jet and multi-engined aircraft areas – has been drawn up. One of these will join the Virgin Orbit flight-test team, Air Commodore Richard Davies, commandant of the RAF’s Air Warfare centre, confirmed at the Royal International Air Tattoo.

Placing a test pilot within the Virgin Orbit organisation forms part of a broader satellite initiative announced by the UK Ministry of Defence (MoD) on 18 July.

Under this, a Team Artemis organisation will use a £30 million ($37.5 million) funding allocation to “fast-track the launch of a small satellite demonstrator”, the MoD says. Parties involved include Airbus, Raytheon, Surrey Satellite Technology, Virgin Orbit, the RAF’s Rapid Capabilities Office and the US government.

“The demonstrator will be designed to understand the military utility of small satellites and provide information to combat aircraft more quickly,” the MoD says. Launch by Virgin Orbit is expected to be conducted after taking off from Cornwall Airport Newquay.