Three bidders have been selected to pursue a UK contract to build and fly a lightweight affordable novel combat aircraft (LANCA) demonstrator: a class of unmanned vehicle which could potentially one day be used in coordination with assets such as the Eurofighter Typhoon, Lockheed Martin F-35 or Tempest future combat air system. 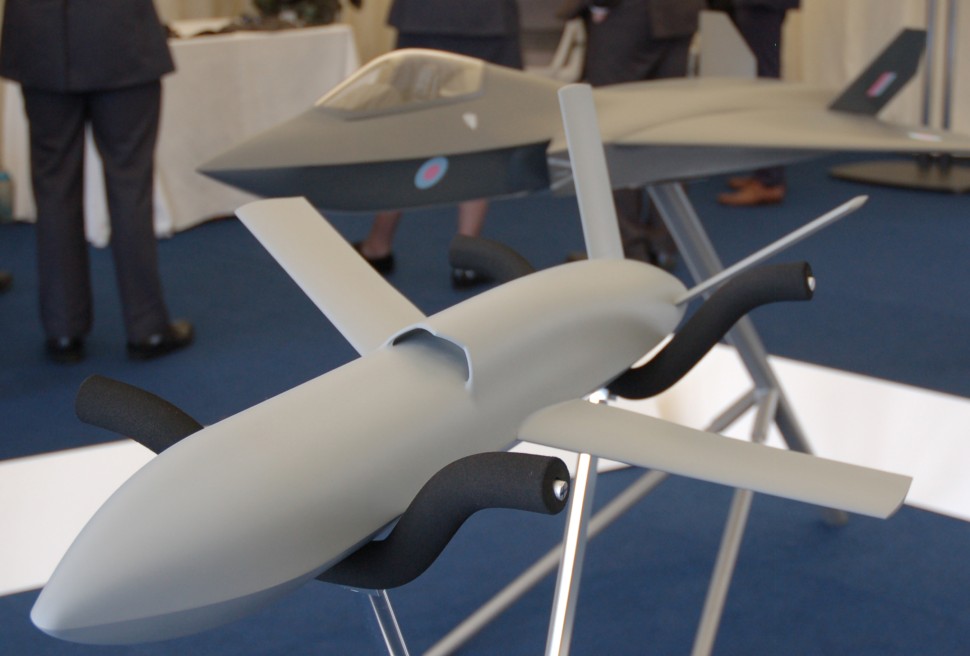 A model of a notional LANCA airframe was displayed as part of an exhibit for the Royal Air Force’s Rapid Capabilities Office at the 19-21 July Royal International Air Tattoo.

The current shortlist was prepared after nine expressions of interest were received, with other interested parties having included airframer BAE Systems and guided weapons manufacturer MBDA.

Following a one-year development phase, at least one bidder will be selected to build and fly a demonstrator, says Peter Stockel, innovation autonomy challenge lead at the UK’s Defence Science and Technology Laboratory. “Our aim is to get something in the air before 2023,” he adds.

Also referred to as Project Mosquito, the demonstration activity’s objective is to prove UK industry’s ability to produce a LANCA platform for 10% the cost of a new-generation fighter and in one-fifth of the time, Stockel says.

Outline requirements include a transonic design, which must be capable of operating as part of a combat aircraft mix with other unmanned and manned platforms.

Also referred to by the UK Ministry of Defence as an “additive capability” for manned fighters, LANCA could be used to carry sensors or payloads such as electronic warfare equipment.