Saab to set up Indiana factory for T-X work

Saab will open a new manufacturing site in Indiana to support its contribution to the T-X advanced jet trainer, which it jointly developed with prime contractor Boeing, and other advanced projects.

The facility will be located in West Lafayette, at the Discovery Park District, which is affiliated with Purdue University. From 2020, when construction will start, Saab says it has earmarked $37 million for the development. Ultimately the new facility will create up to 300 jobs.

Initially, the site will focus on aeronautical engineering and making structures and Saab parts for the T-X, on order for the US Air Force (USAF). In addition, Saab has a partnership with the university, to perform research and development work on sensors, artificial intelligence and autonomous systems.

“This is a historic moment for Saab,” says chief executive Hakan Buskhe.

“After careful consideration, we have chosen West Lafayette, thanks to the visionary leadership of both the State of Indiana and the world-leading Purdue University. Today’s announcement is a part of our growth strategy in the United States, and deepens our relationship with the US customer. We see great possibilities here for this facility and our partnerships.” 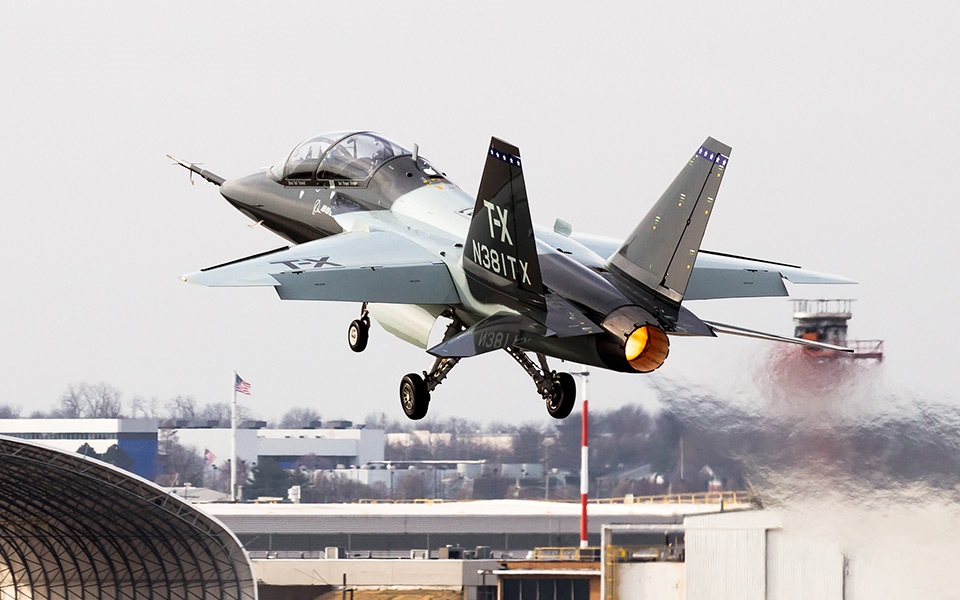 The company adds that the Indiana T-X facility will boost its operations in the USA to a presence in five states.

Saab was awarded an initial $117 million contract in October 2018 to cover its involvement in the T-X programme's engineering, manufacturing and development phase until 2022. It will be responsible for producing the jet's rear fuselage.

The USAF expects to buy an initial 351 of the new type to replace its Northrop T-38 trainers, following a $9.2 billion selection decision made last September. Boeing has forecast that up to 2,600 examples could be needed for both US and international demand.

Final assembly of the T-X will be performed at Boeing's St Louis plant in Missouri.