Saab will later this year conduct a first test flight of a Gripen C/D carrying a pod-housed electronic attack jammer, as it eyes potential sales opportunities with European air forces.

A product of the Swedish company's Arexis family of electronic warfare equipment, the low-band jammer is contained within a demonstrator pod that is 4m (13.1ft) long and weighs 350kg (770lb). 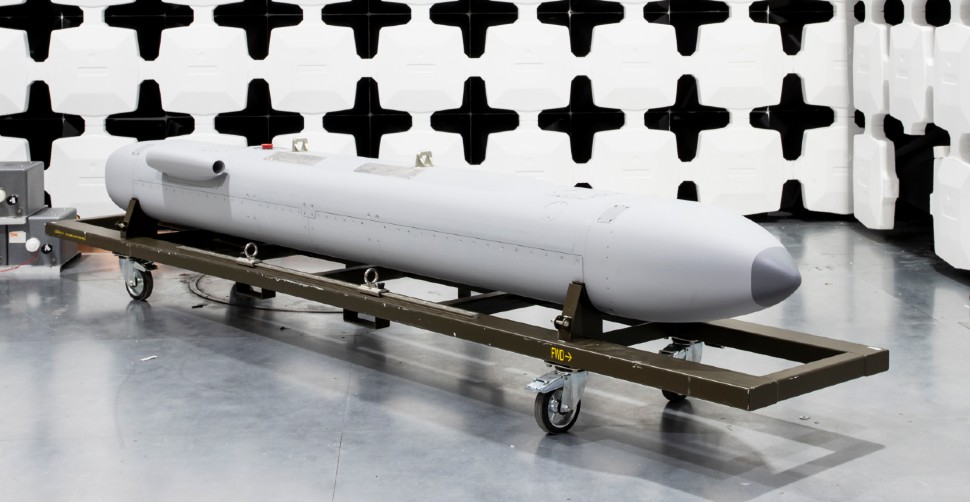 Development work and ground testing has been conducted at Saab's Stockholm facilities, along with trial installation beneath a Gripen airframe's outer wing pylon. Wing-like surfaces will be used to contain its low-frequency antennae.

"Our focus at the moment is to do the escort jammer – a pod to go on a few aircraft to accompany a strike package," says Petter Bedoire, Saab's head of electronic warfare marketing and sales. Currently, such duties must be performed by the US Navy's Boeing EA-18G Growler fleet, he notes.

A deployable stand-in jammer version is also being developed, which Bedoire describes as "like an annoying fly", based on its ability to generate a false target to confuse enemy air defence systems.

The Arexis range adapts equipment installed on Saab's developmental Gripen E. Bedoire describes the new-generation type's suite of sensors – which has already undergone extensive airborne testing – as "by far the most advanced electronic warfare system ever installed in a fighter". So-called quadrant receiver and transmitter systems housed within the aircraft's wing-tip pylons can provide a "spotlight jammer" capability, he notes.

While initial flight testing will be conducted on board an older Gripen, Saab is also promoting the Arexis range for possible integration on other aircraft types, potentially including the Eurofighter. Germany has a Lubis requirement to acquire a new jammer capability, and Bedoire says some installation study work has already been conducted to assess the potential use of the Swedish company's equipment with Eurofighter or the Panavia Tornado.

Saab plans to conduct a series of customer demonstrations with the equipment, Bedoire says, while noting: “Within NATO there's a surge in interest in this capability."

Rivals including Elettronica and Thales are also developing similar equipment, but Bedoire says that excluding US-owned assets, "there is no military-qualified capability in NATO today". Saab believes it could deliver an operational system within 12 months of securing a launch order, he adds.