The UK Ministry of Defence has ordered its next 17 Lockheed Martin F-35Bs, as part of a 255-unit, multinational framework agreement announced by the US Department of Defense.

Confirming the development on 15 November, the MoD said: "The 17 new F-35B aircraft will be delivered between 2020 and 2022." This corresponds with the programme's 12th through 14th lots of low-rate initial production.

The DoD had the previous day announced that F-35 programme partners and Foreign Military Sales buyers would take a combined 149 aircraft under an undefinitised contract action deal with Lockheed, along with 106 for the US armed services. It said the international offtake would include 18 of the short take-off and vertical landing B model. In addition to the UK and US Marine Corps, only Italy has so far confirmed purchases of this variant. 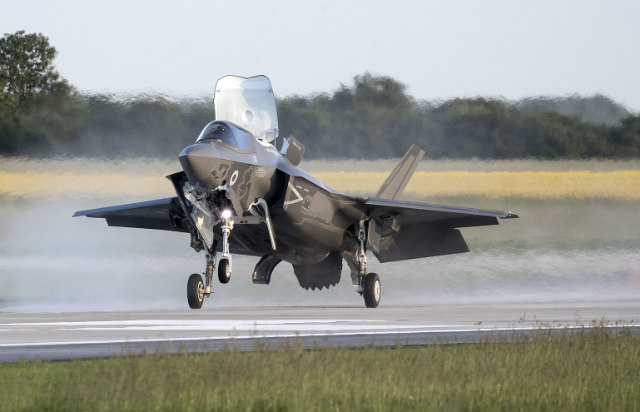 A total of 16 F-35Bs have so far been delivered to the UK, for use with the Royal Air Force's 617 Sqn at Marham in Norfolk and during test activities being performed in the USA. Two other aircraft have yet to be handed over from previous commitments, meaning total orders for the UK now stand at 35 units.

The nation maintains a total commitment to acquiring 138 F-35s over the life of the programme.