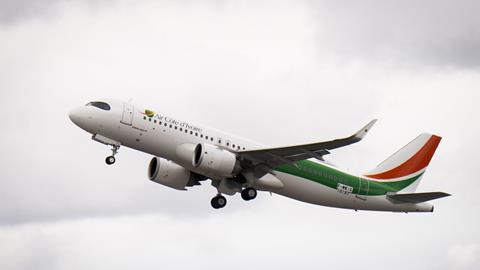 Powered by CFM International Leap-1A engines, the twinjet has been configured with 16 business and 132 economy seats, says Airbus. 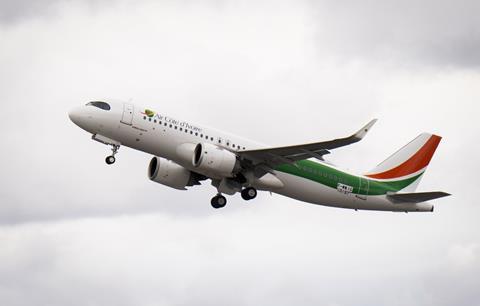 The Ivory Coast’s flag carrier will deploy the aircraft to destinations in Cameroon, Gabon and Senegal, adds Airbus. South Africa is to be served at a later stage.

The new aircraft joins a fleet comprised of four A319s (two of which are listed as being in storage), two A320s, and four De Havilland Canada Dash 8-400 turboprops, Cirium fleets data shows

In addition to the A320neo, the Abidjan-based carrier has two A319neos on order.

Airbus notes that the delivery flight from Toulouse carried 1t of humanitarian goods including medical equipment and toys.