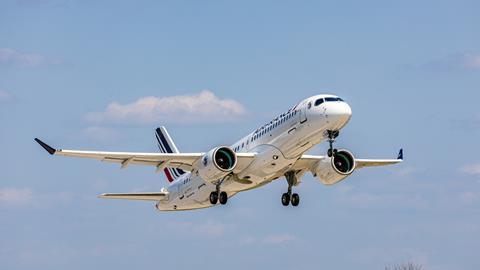 Air France has taken delivery of its first of 60 Airbus A220-300 jets and outlined the initial destinations to be served by the type.

The aircraft – registration F-HZUA – was delivered at the airframer’s Mirabel facility in Canada, before being unveiled during a ceremony at Paris Charles de Gaulle airport on 29 September.

From 31 October, the type will fly to Berlin, Barcelona, Madrid, Milan and Venice from Paris Charles de Gaulle, Air France states. As the carrier’s A220 fleet expands, Bologna, Rome, Lisbon and Copenhagen will also be served by the type in the coming months. 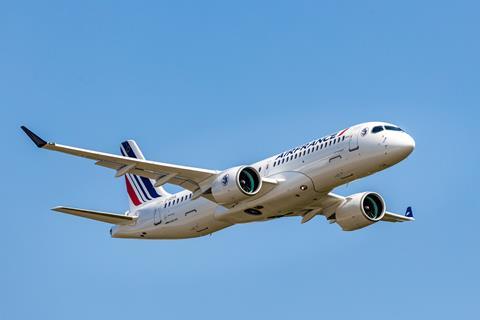 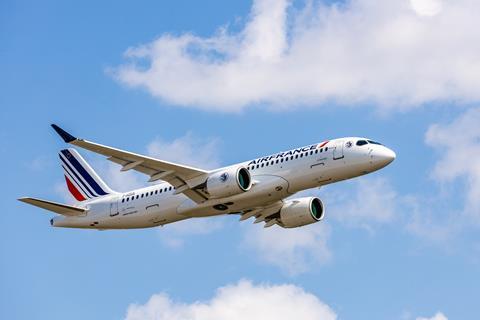 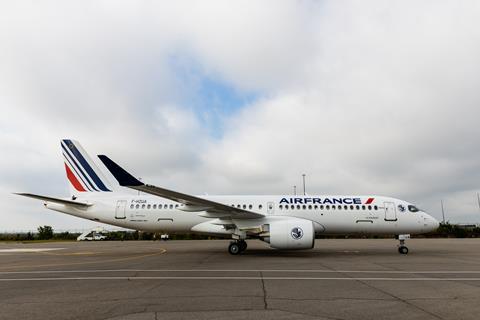 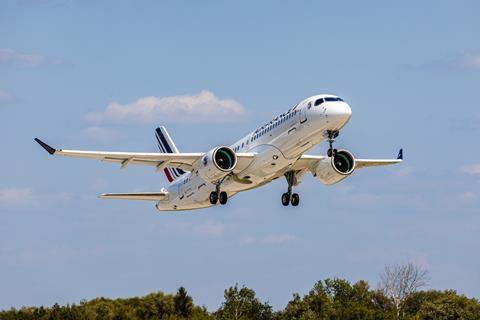 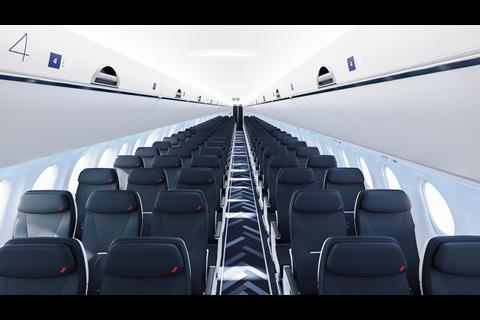 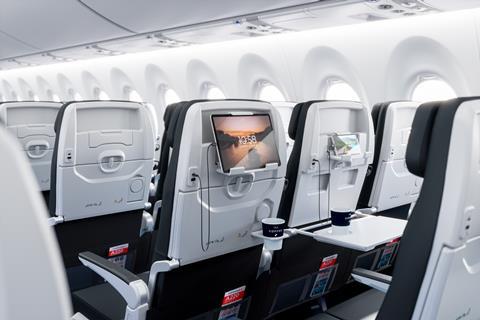 “The A220 is the symbol of the effort that Air France has initiated to win back on its medium-haul network,” says Air France chief executive Anne Rigail. “It is a dense and ambitious programme serving the customer experience and our competitiveness.”

Air France-KLM chief executive Ben Smith adds: “This order of 60 A220s represents investments that we maintained despite the historic crisis we went through.”

Air France is configuring its A220-300 cabins with a single-class layout featuring 148 seats in a 3-2 formation.

The carrier describes the aircraft as a “major lever” in improving its economic and environmental performance, as the type replaces the A318 and A319 jets in its fleet.