Air France has accelerated plans to phase out its Airbus A380 fleet and will retire the aircraft immediately rather than in 2022 as previously scheduled.

Air France grounded its A380s on 16 March as the coronavirus pandemic began to take a toll on operations, before ultimately suspending the majority of its scheduled passenger flights. Air France-KLM has today announced the “definitive end” of the French carrier’s Airbus A380 operations. 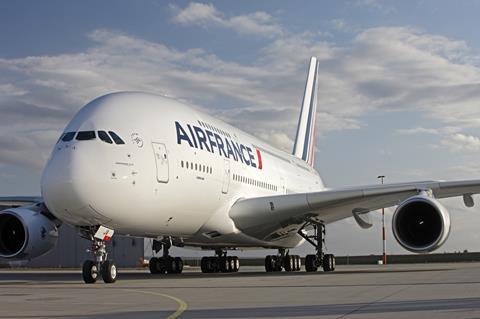 ”Initially scheduled by the end of 2022, the phase-out of Airbus A380 fleet fits in the Air France-KLM group fleet simplification strategy of making the fleet more competitive, by continuing its transformation with more modern, high-performance aircraft with a significantly reduced environmental footprint,” the group says.

Prior to the pandemic, the airline had already begun withdrawing the first of its A380s as part of the planned phase-out over the next three years. The first aircraft entered storage at Ireland West airport near Knock on 20 February under the care of Eirtrade Aviation.

Five of the Airbus A380 aircraft in the current fleet are owned by Air France or on finance lease. A further four are on operating lease.  Air France-KLM says the impact of the A380 phase-out write-down is estimated at €500 million and will be booked in the second quarter of 2020. The fleet is powered by  Engine Alliance GP7200 engines.