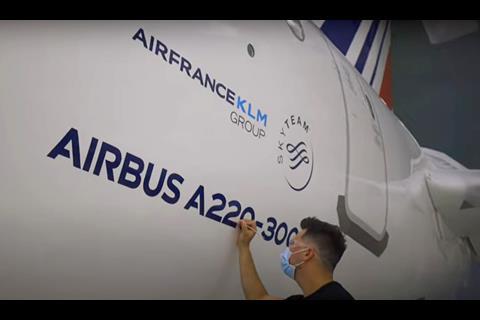 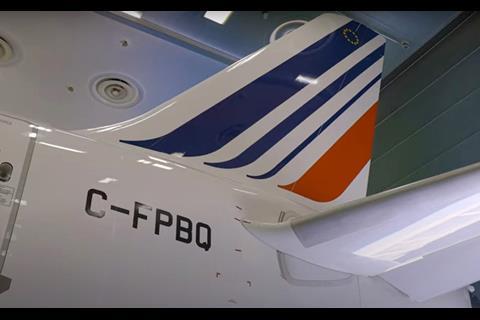 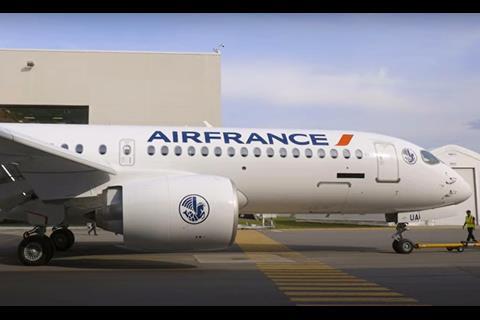 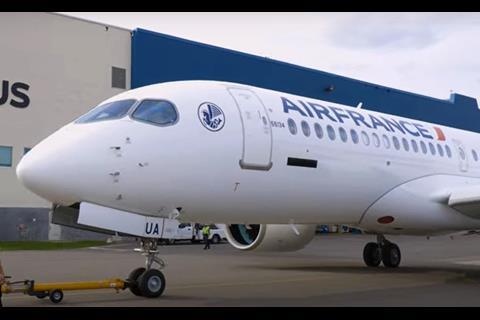 The first Airbus A220 to be painted in Air France colours has emerged from the airframer’s facility in Mirabel, Canada.

The SkyTeam carrier’s A220s will accommodate 148 passengers in a 3-2 seating configuration.

In placing the order, it cited the Pratt & Whitney PW1500G-powered A220’s future contribution to the group’s sustainability efforts, thanks to its reduced fuel consumption and quieter engines.