All Nippon Airways has firmed a preliminary commitment for up to 30 Boeing 737 Max 8s struck two-and-a-half years ago and will convert two of its orders for the 777-9 to the manufacturer’s new 777-8 Freighter.

The Star Alliance carrier has an order for 20 777-9s dating back to March 2014. It has now converted two of these to the 777-8F, which it expects to enter service during or after its 2028 financial year. 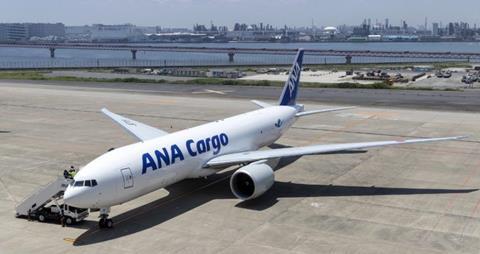 Boeing launched the new freighter in January this year with an order for 34 of the type from Qatar Airways. Lufthansa has since signed for seven 777-8Fs, while Ethiopian Airlines has struck a preliminary deal for five of the type.

ANA’s order for for 737-8s covers 20 firm and 10 options. The Japanese carrier first commited to the type in January 2019, shortly before the near 20-month grounding of the Max.

It has now firmed the order and expects deliveries to begin in its 2025 financial year. ANA will use the Max jets to replace its existing 737-800s which are deployed on domestic routes.