Airlines in the Asia-Pacific received 33 of the 91 new commercial airliners delivered during September, as the absence of Boeing 737 deliveries weighed on overall numbers.

Airlines in the Asia-Pacific received 33 of the 91 new commercial airliners delivered during September, as the absence of Boeing 737 deliveries weighed on overall numbers. 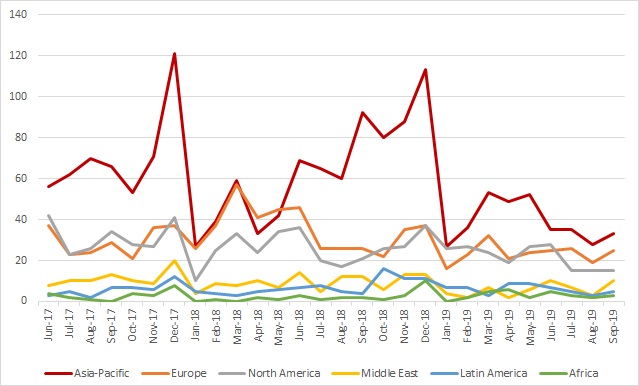 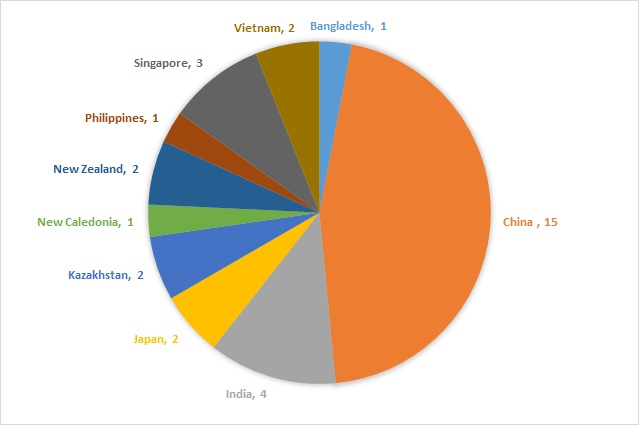 All data by Cirium

Among Asia-Pacific countries, China took the most new aircraft with 15 deliveries, followed by India with four and Singapore with three.

The airlines with the most deliveries in September were China Southern Airlines and Indian low-cost carrier IndiGo, each taking four new aircraft. China Southern received two Boeing 787-9s, one 777-300ER, and one Airbus A320neo. IndiGo received three A320neos and a single ATR 72-600. 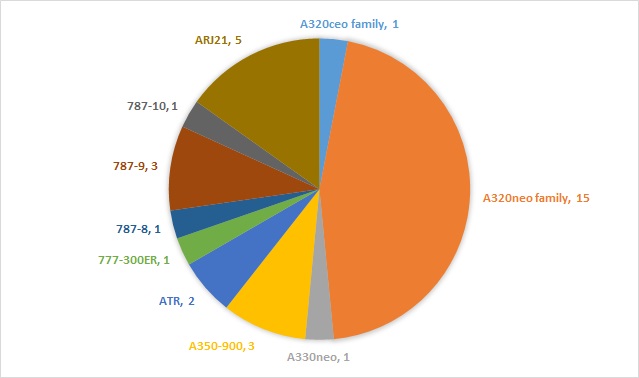 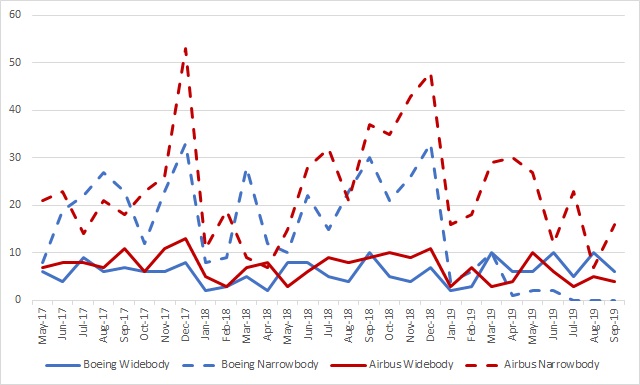 Boeing had another weak month for deliveries owing to the continued grounding of the 737 Max after two fatal crashes. It delivered no narrowbodies in the region during September, compared with Airbus’s deliveries of a single A320ceo and 15 A320neo family jets.

Among widebodies, Boeing led with five deliveries into the region compared with Airbus’s four. Boeing delivered three 787-9s and one each of its 787-8, 787-10, as well as the China Southern 777-300ER.

Airbus’s widebody deliveries to the region for the month comprised three A350-900s and one A330neo.

Comac had a notable month, with a record five deliveries of its ARJ21. It delivered two to ICBC Leasing, and one each to Chengdu Airlines, Ghengis Khan Airlines, and Zhongfei General Aviation Company. 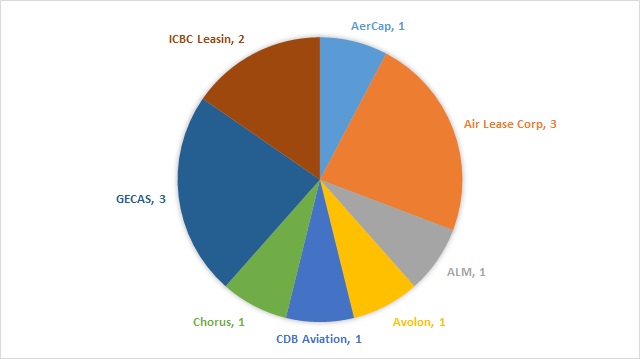 Lessors were involved in 13 of September’s 33 deliveries in the Asia-Pacific.

The most active were Air Lease Corp. and GECAS with involvement in three deliveries each.

Air Lease was involved in A321neo deliveries to Air Astana and Vietnam Airlines, as well as a 787-9 that went to China Southern Airlines.

GECAS was involved in three A320neo deliveries, of which two went to Kunming-based carrier Air Travel, and the other to VietJet Air.