Australian low-cost startup Bonza has taken delivery of its first Boeing 737 Max 8 narrowbody, setting the stage for a possible commencement of services in late September.

The aircraft arrived at Australia’s Sunshine Coast Airport, where it will be based, on 1 August, according to the carrier’s Facebook page. 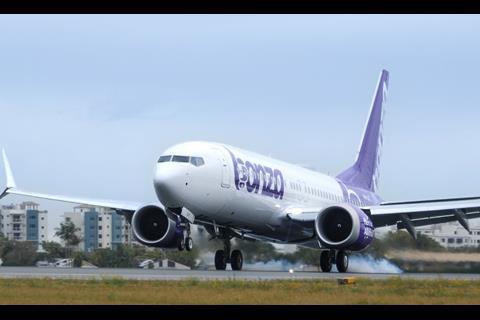 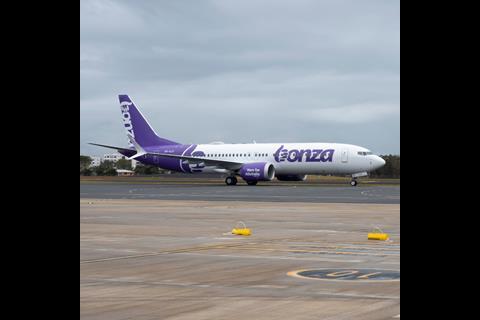 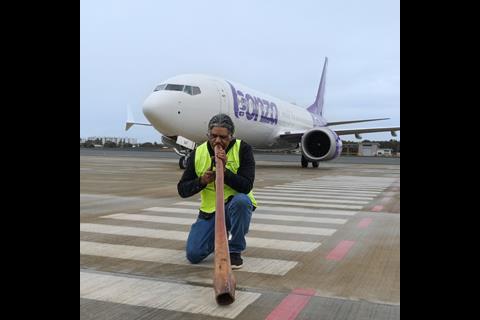 “This is certainly a significant milestone day in our Bonza journey and for Australian Aviation,” says chief executive Tim Jordan.

The aircraft bears registration VH-UJT (MSN 62533) and comes from the orderbook of Miami finance company 777 Partners, which owns a majority stake in Bonza.

Bonza is still in the process of obtaining its Air Operator’s Certificate (AOC) from Australia’s Civil Aviation Authority.

“The aircraft arrival today is obviously a key part of the ongoing AOC process that will continue over the coming weeks,” says Jordan.

“Fully respecting the ongoing regulatory process we will continue with our work and if we do all as planned we are hoping to be in Australian skies potentially in late September.”

In a May interview with FlightGlobal Jordan said the carrier’s first two 737 Max 8s would arrive in July and August, with a third aircraft to follow. The carrier’s plan called for services to start with two jets in service, and one serving as a spare.

During its first 12 months of operations, Bonza aims to grow its fleet to eight aircraft.

Bonza will focus primarily on un-served, secondary routes and aims to attract passengers with low fares.