Embraer has revealed that Spanish airline Binter Canarias is the customer behind an order for five E195-E2s disclosed by the manufacturer several days ago.

Embraer had revealed the five-strong order, but not the customer behind the deal, on 30 November. 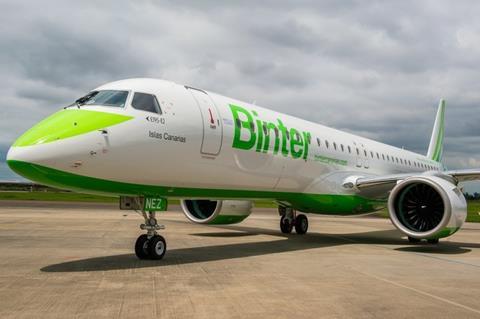 It says the five jets have a list-price value of $389 million.

Embraer’s backlog included 227 E195E2s at the end of September.