The CFM International Leap-1A-powered jet landed in Dusseldorf on 1 April following a delivery flight from Toulouse. 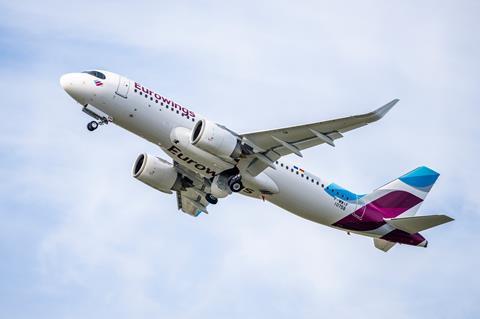 With all 13 of its Neo jets set to be Leap-1A-powered, Eurowings is an outlier in the Lufthansa Group, where Pratt & Whitney PW1000G engines have powered examples of the family so far delivered to Lufthansa mainline and Swiss.

Lufthansa mainline – which was the A320neo launch operator and had 42 of the family in service in February this year – is due to take some Leap-1A-powered examples, however, from its outstanding orders for dozens more of the type.

Eurowings has around 75 A320-family jets in its current fleet, including examples of the smaller A319.