Flyadeal has received the first of 30 Airbus A320neos it is taking via an order placed by parent Saudia in 2019.

Its arrival in Jeddah on 16 July made it the second A320neo to join the low-cost carrier’s fleet, with the first – on lease from Avolon – having entered service in September 2020, according to Cirium fleets data.

Saudia placed an order for 65 A320neo-family jets at 2019’s Paris air show, with Flyadeal due to receive its allocation of 30 aircraft over the next three years. 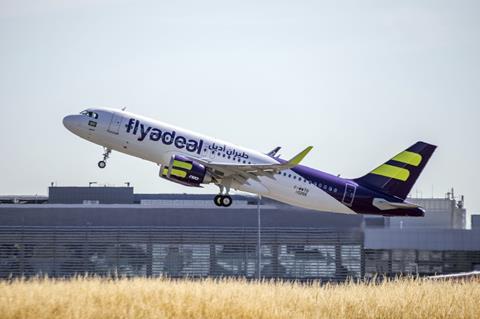 Flyadeal had initially selected Boeing 737 Max jets for its future fleet, but switched to Airbus narrowbodies amid the global grounding of the former.