Both aircraft are configured with 180 economy-class seats, the Almaty-based low-cost carrier says. 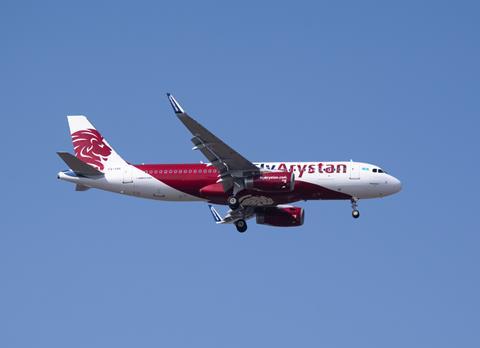 The additional capacity will allow the airline to increase frequency on its recently launched Turkistan-Istanbul service, as well as offer 65 daily flights across its domestic network.

Cirium fleets data shows the budget airline has eight in-service A320ceo jets, between six and eight years old, and powered by IAE V2500 engines. Seven of the aircraft currently in its fleet were transferred from Air Astana.