Paris Orly-based French Bee has taken delivery of its first of two Airbus A350-1000 twinjets, the airframer announced on 17 December.

The Rolls-Royce XWB-powered A350-1000 is being leased through Air Lease and adds to four A350-900s already in the low-cost long-haul carrier’s fleet.

The twinjet features 480 seats in a two-class layout: 40 in ‘premium’ class and 440 economy seats. 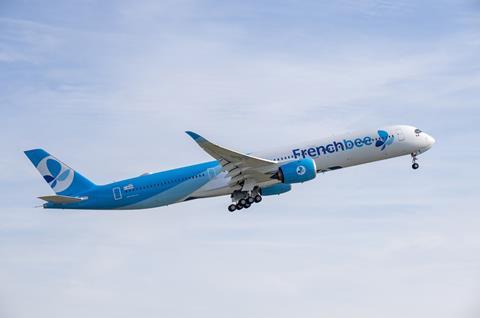 The operator expects to receive its second A350-1000 this year, which will take its fleet to six aircraft.

Guadeloupe-based Air Caraibes – which, like French Bee, is owned by the French conglomerate Dubreuil – has also taken delivery of an A350-1000 via Air Lease, Airbus says. That is the carrier’s third example of the variant and takes its fleet to 15 aircraft in total. 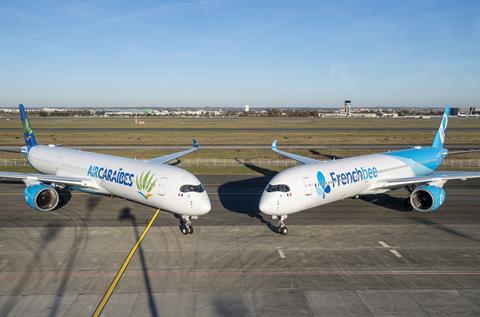 Air Caraibes and French Bee have both received A350-1000s