The new chief executive of Thai low-cost carrier Nok Air is taking a disciplined, pragmatic approach to return the carrier to profitability.

“Almost,” said Yodmani with a smile.

An operating profit would have been especially sweet, as the carrier has been loss-making since 2013. Yodmani says the better result is due in larger part to an unbundling effort. “If you unbundle everything to be a typical low-cost carrier, then the revenue can be greater.” 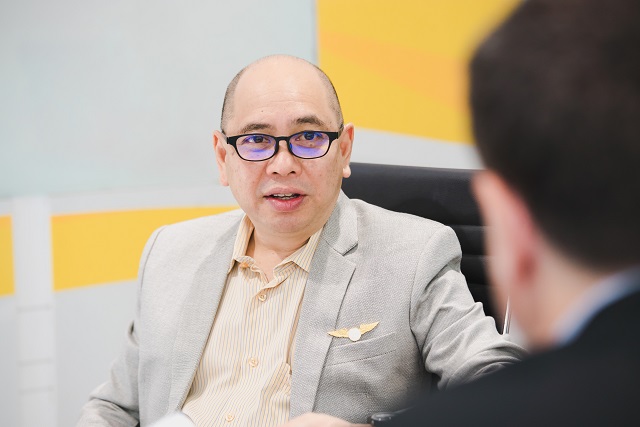 Yodmani was a 20-year veteran with Thai before joining Nok in 2004. He served in roles such as revenue management, marketing, and in overseas locations such Penang, Jakarta and Hong Kong. He said that he was the first to warn Thai’s senior management that the low-cost model would take off in the region.

“At that time Cathay, SIA, and Thai were so proud to be the big Asian airlines, with the lowest costs in the world. I said we are sharks, but that low-cost carriers are piranhas. It’s a different strategy. If you don't start [an LCC], they will eat you up.”

Following Nok’s unbundling, passengers can still have a meal and check their bags – but they must pay for the privilege. Passengers have three basic options: Nok Lite, Nok X-tra, and Nok Max.

“If you pay yourself, you usually choose Nok Lite,” says Yodmani. “If the company is paying, you choose Nok Max.”

These three tiers are consistent with NokScoot’s three fare groups: Fly, FlyBag, and FlyBagEat. Better aligning the bundles with NokScoot allows for easier cross-selling between the pair.

“We have to search for ways to operate as efficiently as we can,” he says. “Contracts need to be reviewed and revised to see if there are any holes. That is going on. Cost is an area where you have to find ways to do better all the time.”

In addition, Nok is working more closely with Thai Airways International, which holds 21.6% in the carrier. For years, Thai’s stake was 39.2%. This was diluted in 2017 when it did not take up a share offer.

The relationship with Thai had several ups and downs when Nok was under the leadership of Yodmani’s good friend Sarasin from 2004 to 2017. During this time, Thai also had several changes of leadership, which did not bode well for the overall relationship.

Under Yodmani, Nok is working more closely with Thai in the areas of fuel hedging and insurance. This begs the question, is the relationship warmer because Yodmani is now at Nok’s helm?

“I don't know if it's because of me or because their [ownership] percentage is lower,” he says with a laugh. “I can talk to Thai and tell them to put things at arm's length. It's not forced, but if it's a benefit [to both airlines], then let's do it.”

Nok is also flying farther to take advantage of the burgeoning China market, with longer stage lengths helping to reduce CASK by an impressive 7% year-on-year in the first quarter.

“China is very big and will continue to provide a massive number of passengers, but supply is also growing fast,” he says. “One in every three tourists is Chinese and that will grow.”

Nok avoids competition by operating mainly to tier 2 cities in China and blocking seats for sale to travel agents. Such is Nok’s reliance on Chinese travel agents that on only two of its 12 Chinese destinations, Nanning and Zhengzhou, does Nok offer a small number of seats directly for sale to Chinese passengers.

Yodmani adds that a greater focus on international routes by local airlines is only to be expected given that Thailand’s domestic market is mature. Still, options are limited. He has no plans for Southeast Asian routes as there is too much competition, but feels that India could have potential.

He acknowledges that one of the big challenges facing Nok and other carriers is infrastructure, which operates at well over capacity at both of Bangkok’s main airports, Suvarnabhumi and Don Mueang, where Nok is based. While a third terminal is being added to Don Mueang, which will likely be earmarked for international services, Yodmani reckons that in five or six years, Don Mueang will have reached the absolute limits of growth. 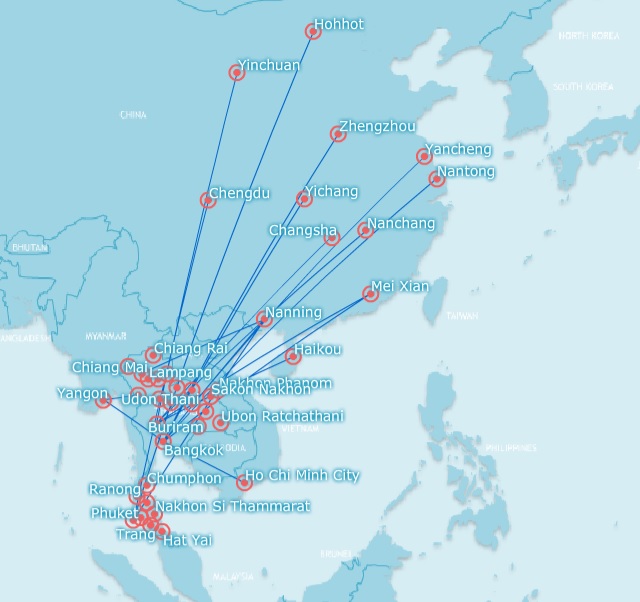 This, however, offers a silver lining of sorts in that it makes it challenging for new airlines to enter the market.

“Competition is still very fierce even though the infrastructure is limited,” says Yodmani. “There are pros and cons when you have limited supply. Given the supply limits, I was hoping to see some shift in demand, in that prices would go up when the supply is limited. It is economics 101, but it doesn't show like that yet.”

On Nok’s addition of some China flights from U-Tapao, Yodmani says he wants to establish a presence there, but has no plans for aggressive expansion. He feels the airport, a 3h-drive from Bangkok, will only reach its full potential when a high-speed rail link with the city is set up, something that is years away.

In any event, Yodmani says that the growth discussion is moot because Nok’s current fleet is well utilised, and he has slowed its growth plans. His focus is more on improving efficiency.

Yodmani is also keen to remove the two ATRs from its fleet, given that it’s a challenge to have pilots, mechanics and spares for such a small sub fleet. The leases on the two Investec-managed aircraft expire in 2021, but Yodmani is keen to move them out as soon as possible. He has asked Bombardier for a proposal on how to replace them with a pair of Q400s.

He says that both the ATR and Q400 are “good aircraft,” but he really only needs one turboprop type. 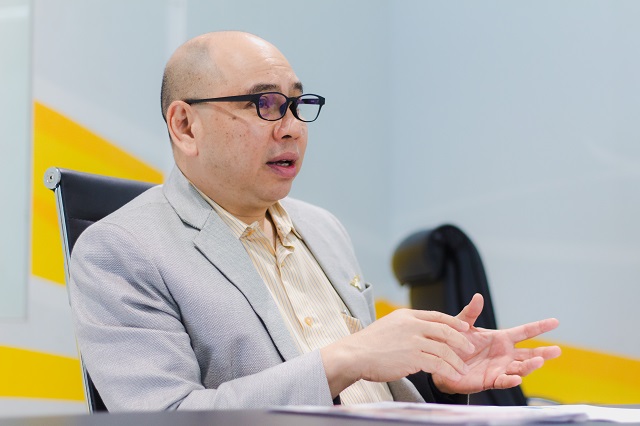 “Even though they are both turboprops, the ATRs have lower operating costs, and are a little slower [than the Q400]. “But the ATR’s comfort is not as good on the Q – we haven't had a lot of complaints on the Q400. There is noise cancellation, and it’s a bigger plane and faster. The time difference from a jet is minimal.”

He adds that the Q400’s speed makes it easy to rotate the type into a service normally operated by a jet if necessary.

A disciplined approach to growth, a focus on around costs and efficiency, and an emphasis on Nok’s status as the only true local LCC, are Yodmani’s pillars as he continues to lead his carrier against persistent competition from the likes of Thai Lion Air and Thai AirAsia. He is determined to evolve Nok into a true piranha.