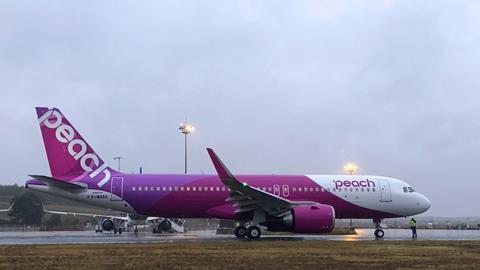 The aircraft bears the registration JA201P and is scheduled to enter service on 25 October.

It is powered by CFM International Leap-1A engines and configured with 188 Recaro-supplied seats in a single class.

The service-entry date marks the start of the winter schedule, and Peach plans to launch two domestic routes – from Sapporo and Sendai to Okinawa – while restarting flights to Taipei Taoyuan from Osaka Kansai, Tokyo Haneda and Tokyo Narita, after suspending them in March.

“The first A320neo will be sequentially introduced to these routes as well,” says Peach.

Cirium fleets data shows that the airline’s orderbook comprises seven A320neos, scheduled for delivery between April 2021 and June 2022, and four A321neos, set to arrive in the first half of 2021.

Peach is currently the only Japanese budget carrier operating A320neo-family aircraft, although compatriot Jetstar Japan has one A321neo in its orderbook, scheduled for delivery in October. 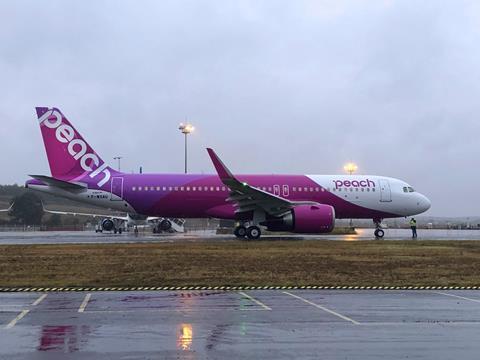 Peach’s parent company All Nippon Airways is the only Japanese airline that operates A320neo-family aircraft. It has in its fleet 11 A320neos and 12 A321neos, some new and all less than four years old.