Asked whether he would have signed off on the livery for an airline he was running, the former Aer Lingus, British Airways and IAG chief replied: “No, I certainty would not.”

Acknowledging that design is not his strong point, Walsh nevertheless adds: “I have to be honest, I didn’t like it when I saw it, so if I was given the option, I don’t think I would have signed off on it.” 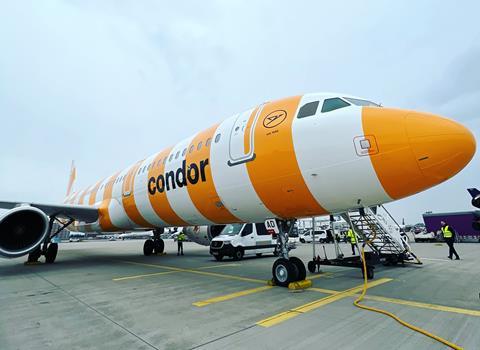 Condor announced this week that its aircraft will be variously painted with yellow, red, blue, green and beige stripes on a white background, in a brand refresh inspired by “parasols, bath towels and beach chairs”.

Many commentators welcomed a livery than shuns the predictable ‘Eurowhite’ paint-job, while some expressed reservations about the design and others celebrated the German leisure carrier’s bold choices.