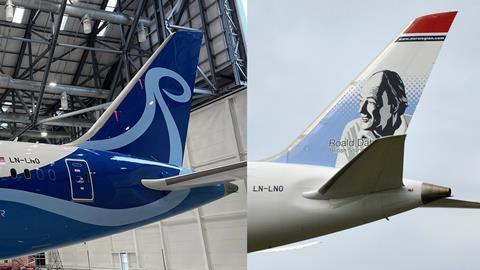 The ex-Norwegian Boeing 787-9 – with the registration LN-LNO – is one of six the airline plans to lease from AerCap, alongside three 787-8s. It is named after Norway’s Raet national park. 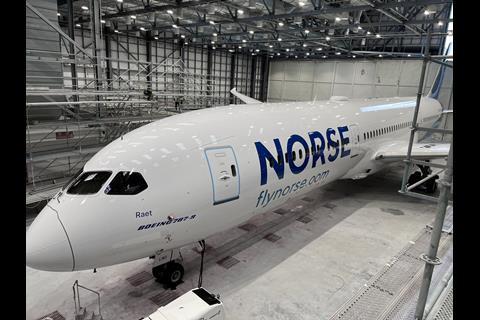 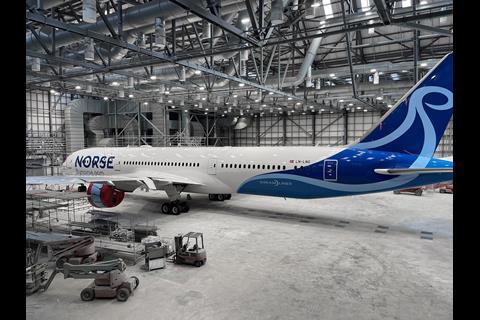 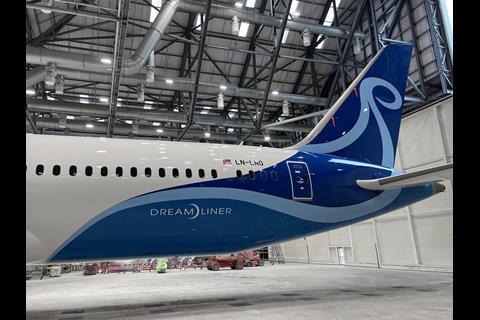 Norse Atlantic said earlier this month that it expects to be flying all 15 of its incoming 787s by summer 2022, following a planned commencement of operations in the first half of the year.

Cirium data shows that all of those 787s – which are powered by Rolls-Royce Trent 1000 engines – were originally operated by Norwegian. 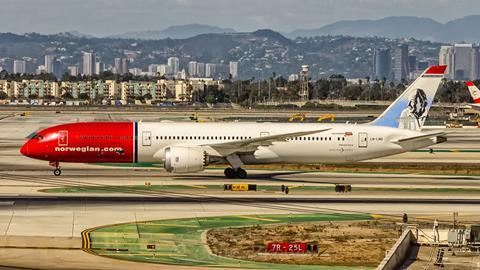 LN-LNO was originally operated by Norwegian

In launching low-cost long-haul fights between Europe and the USA, Norse Atlantic is aiming to step into the gap abandoned by Norwegian during its restructuring process.