Texel Air is debuting the first Boeing 737-700 FlexCombi freighter from Pemco World Air Services at the Bahrain air show, ahead of its service entry in January.

The non-scheduled cargo airline, which was set up in 2013 and is owned by Bahrain-based aviation consultancy and services provider Chisholm Enterprises, already operates two Boeing 737-300 combi freighters under a Bahraini air operator’s certificate. 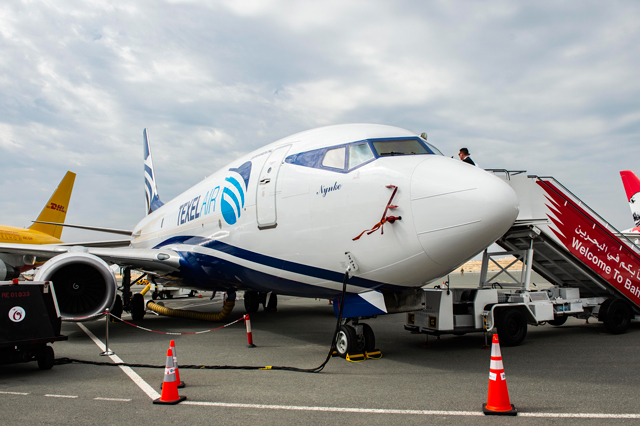 Tampa, Florida-based Pemco launched the programme for the Next Generation type in April last year and announced Chisholm as its first customer. The 14-year-old aircraft has the registration A9C-FLX for “flexible” and is the fifth Pemco-converted freighter Texel has operated.