Chinese carrier Juneyao Airlines has received its first Boeing 787, a milestone that also marks the end of Juneyao's status as an all-Airbus operator.

The company will use the aircraft, a 787-9 with registration B-1115, to expand its primarily-domestic Chinese network to include new international destinations in Southeast Asia, Japan and Korea, says a Boeing media release. 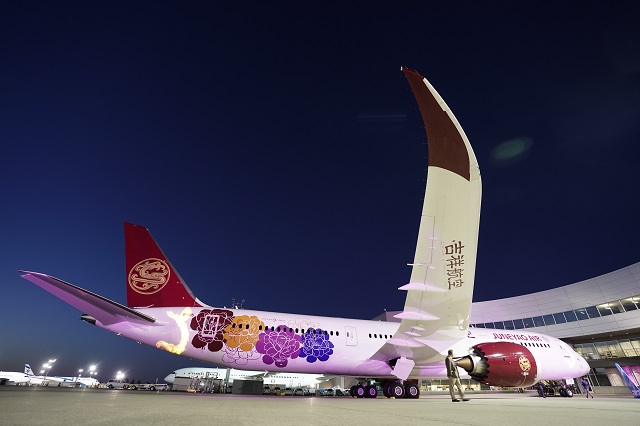 "This delivery is our airline's biggest milestone and marks a big step toward expanding our network in China and beyond," Juneyao chairman Wang Junjin says in the release. "The 787-9 Dreamliner will play a key role in our global business growth."

Privately-owned, Shanghai-based Juneyao has orders for another four 787-9s, with deliveries scheduled through the end of 2019, according to the Flight Fleets Analyzer database. The airline also has options to purchase five additional 787-9s. 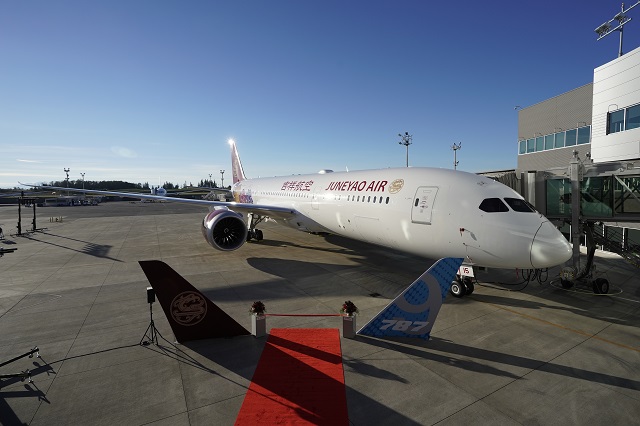