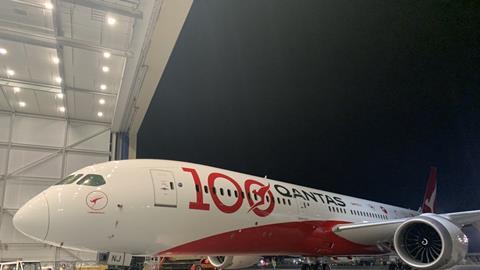 As it gears up for its 100th birthday next year, Qantas has unveiled a special centenary livery on its latest Boeing 787-9.

As it gears up for its 100th birthday next year, Qantas has unveiled a special centenary livery on its latest Boeing 787-9.

The aircraft, registered VH-ZNJ, rolled out of the paint shop at Boeing’s factory in Seattle. The special livery features every Qantas logo since its founding in 1920. 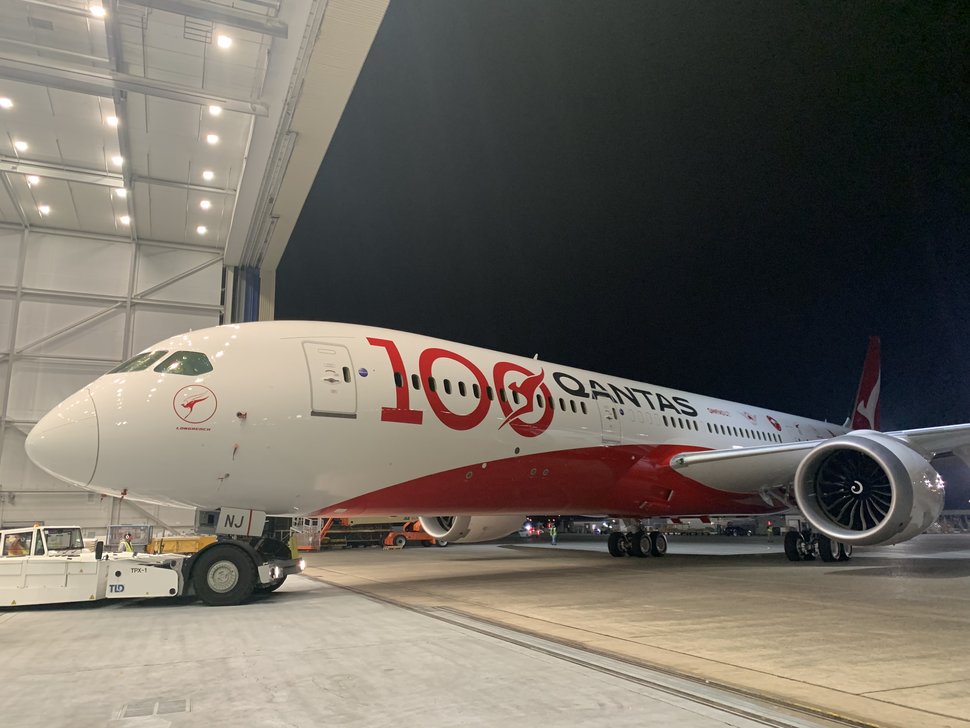 The widebody will be named Longreach, the same name given to the airline’s series of retiring 747-400s. “[It is also] a nod to the Queensland town that was integral to the national carrier’s beginnings [and] its role in conquering the tyranny of distance,” Qantas adds.

The 787 will next embark on a series of test flights, before being handed over to Qantas in November.

From there, it will embark on the second of Qantas’ Project Sunrise research flights, which involve non-stop flights between London and Sydney, before entering normal commercial service. Sister aircraft VH-ZNI is set to embark on the first research flight on 18 October, flying from New York to Sydney.

VH-ZNJ is the carrier’s 10th 787. Cirium fleets data indicates the airline has another four 787-9s on order.