Qatar Airways has begun operating its Boeing 787-9 fleet, putting four of the long-haul twinjets into service.

Cirium fleets data shows that the Oneworld member’s four active 787-9s (registered A7-BHA/B/C/D) were delivered in December last year, as were another three that remain in storage (A7-BHE/F/G). 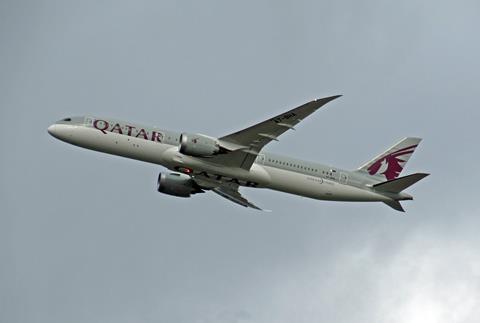 Doha-based Qatar Airways says the in-service 787-9s are “ferrying cargo” on “several European routes, including Copenhagen, Brussels and Oslo, as well as some Middle East and Asian routes”.

The Gulf carrier, which has a further 23 787-9s on order, last month took delivery of a trio of Airbus A350-1000s. These were the first long-haul jets the European airframer had handed over to Qatar Airways for eight months.