Almost 75 years after a prototype first took to the skies, the De Havilland Canada DHC-2 Beaver is on the rise again, this time as an unlikely pioneer of zero-emission aviation.

Vancouver-based Harbour Air, North America’s largest seaplane operator, is using a 1955-built DHC-2 to achieve certification this year with a Magnix electric powertrain which, once approved, will lead to conversion of all 40 of the airline’s aircraft. Harbour Air became the first to fly an electrically powered commercial aircraft when, in December 2019, it commenced e-proving flights using another converted DHC-2. 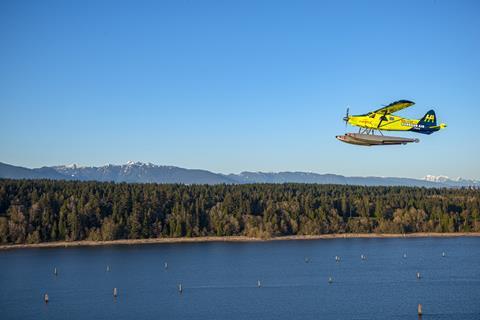 Since then, the idea of retrofitting older aircraft with new powerplants has really taken off, with general aviation, regional airlines and short-haul divisions of major carriers increasingly planning to transplant new powertrains into existing airframes as a fast and – importantly post-Covid – affordable way to cut emissions and reduce maintenance costs.

“It can take seven to eight years by the time you have a brand-new aircraft fully certificated, commercialised and industrialised,” explains Rachael Barritt, operations manager at Dovetail Electric Aviation, a Euro-Australian joint venture to convert conventionally fuelled commuter aircraft to zero-emission propulsion.

“Retrofitting existing aircraft is a much faster way to market,” she adds, citing conversion time of less than six weeks – and for well below the list price of an all-new e-plane – in some cases giving new life to old models for which no replacements have been built.

In the UK, Monte Aircraft Leasing was formed last year to supply new or converted zero-emission aircraft to regional operators. It has identified a global market of 20,000 convertible aircraft, and ordered an initial 150 electric and hydrogen kits from Dovetail and ZeroAvia.

US regional start-up Connect Airlines has ordered up to 100 conversion kits from Universal Hydrogen, whose strategy is to deliver fuel capsules directly on to aircraft without using fixed fuelling infrastructure – a ‘plug-and-plane’ solution. Connect – which is still to order the ATR 72s it plans to convert – has also invested in Universal, along with bigger names including Airbus Ventures and JetBlue Ventures, while Spain’s Air Nostrum and Icelandair are among those looking to convert short-haul fleets.

Alaska Airlines has partnered with ZeroAvia to develop a hydrogen powertrain for 40-80 seat turboprops, providing a decommissioned Q400 as a testbed, while United Airlines has ordered up to 100 ZA2000 engines, potentially to retrofit Bombardier CRJ550 regional jets from 2028. Both have also invested in ZeroAvia, as has British Airways.

Next year, Wright Electric will start flight-testing a four-engine BAe 146-100 jet, upgraded in stages with one, then two, then four electric engines. It plans to offer converted aircraft from 2026 and new 100-seaters from 2030.

The retrofitting trend continued at the Farnborough air show in July, where ZeroAvia, Universal and Ampaire revealed more than 50 firm orders for conversion kits, and discussions with prospective customers for over 250 more. Among those to commit was US regional carrier Ravn Alaska, which ordered 30 ZeroAvia kits to repower its Dash 8s.

“We want to be at the forefront of adopting zero-emission aviation once FAA-certified technologies come to market,” says chief executive Rob McKinney.

That could come soon, as Harbour Air continues to test visionary engines in vintage aircraft on its journey, and aviation’s, back to the future