The aircraft is equipped with 347 seats, of which 12 are in business and 335 in economy, says T’way. It claims to be the only South Korean LCC to introduce business class. 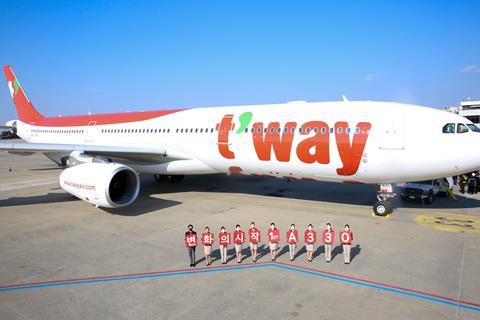 The aircraft is the first of three A330s the airline plans to take, as announced in June 2021.

The aircraft will undergo tests in South Korea around safety procedures.

It will enter the Seoul Gimpo-Jeju route at the end of March. Longer term, T’way says it could serve long-haul destinations Australia, Eastern Europe, and Singapore. It also says the aircraft will transport cargo. 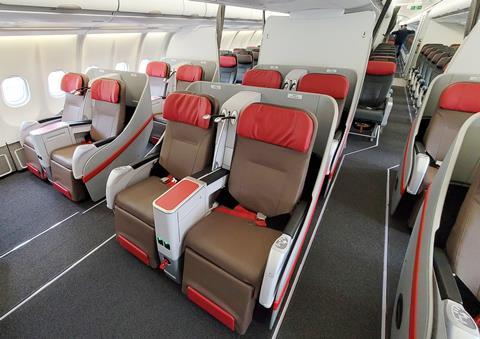 The arrival of the aircraft follows the carrier’s statement in early January that it might consider adding more long-haul aircraft beyond the initial three A330s.

On 10 October, T’way said the aircraft had undergone MRO work at HAECO’s facility in Xiamen, China. This saw the aircraft receive the T’way livery, as well as a new interior. 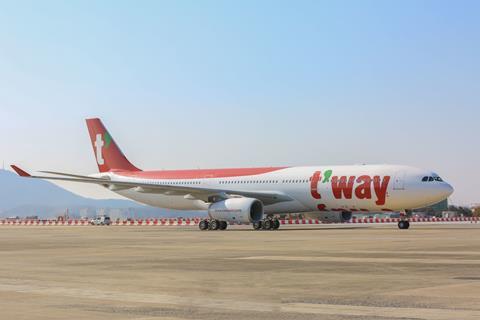 T’way Air’s first A330-300 will enter service on the Seoul Gimpo-Jeju route, but later will serve longer haul international routes

An image provided by T’way suggests the aircraft bears the registration of HL8501 (MSN1058).

Cirium fleets data indicates that the aircraft is managed by lessor AerCap. It was delivered new to Aeroflot Russian Airlines in October 2009, and served with Thai AirAsia X from December 2019 to December 201, spending a good deal of this period in storage.

The aircraft is powered by two Rolls-Royce Trent 700 engines.