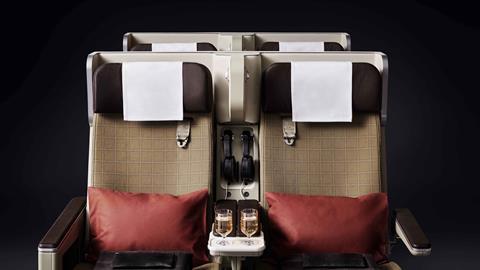 Swiss will start introducing premium-economy seats on its Boeing 777 fleet during the fourth quarter in an effort to diversify its product offering amid an increased focus on leisure traffic in the aftermath of the pandemic.

The Lufthansa subsidiary says it will install 24 premium-economy seats on each of its 777-300ERs in a layout which also includes eight first, 62 business and 226 economy seats.

“In introducing its new premium-economy class, Swiss is further strengthening its premium positioning in the growing leisure travel segment,” the carrier says. 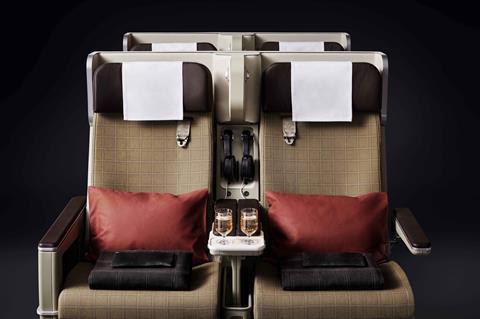 Swiss is the last Lufthansa-owned network carrier to introduce premium economy. The German mainline introduced the fare category in 2014 and Austrian Airlines followed suit in 2017.

Brussels Airlines has had premium economy seats on its long-haul fleet for some time, its website indicates.

Like Lufthansa and Austrian, Swiss has opted for premium-economy seats supplied by German manufacturer Zim Flugsitz.

Zurich-based Swiss says, however, that the fixed-backshell seat has been newly developed and represents “latest-generation” premium economy design.

Earlier in June, Swiss said it will decommission either five A330s or five A340s as part of its recovery from the pandemic.

Swiss tells Cirium that it has not decided when premium-economy seats will be installed on the rest of its long-haul fleet.