United Airlines has pushed the scheduled return of Boeing 737 Max flights out another six weeks until 19 December, axing thousands more flights in the process. 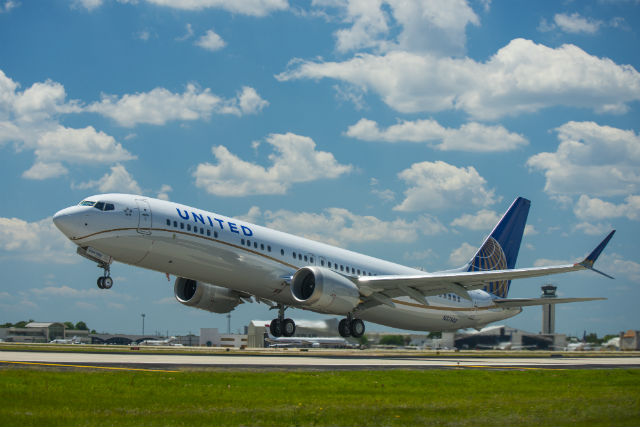 United did not respond to questions about what factors prompted the change. The December date comes just prior to the busy end-of-year travel season.

American Airlines' schedules still have the jet returning on 3 November, while Southwest Airlines has removed Max flights from its schedules until 6 January.

Some analysts have described a November return as optimistic considering Boeing's projected timeline and the uncertainty of the process.

Boeing hopes to submit certification materials to the US Federal Aviation Administration in September and for regulators to lift the grounding before year end, but concedes the process remains highly uncertain.

Airline executives anticipate the FAA could clear the jet four to six weeks after receiving the certification package, though actually getting aircraft back into the skies will take additional time.

United says the six-week pushback causes 2,800 flight cancellations in November and 1,700 in December. Those add to United's roughly 10,300 Max-induced cancellations between March and November, bringing its total number of cancelled flights to 14,800.

"United has gone to great lengths to minimise the impact on our customers’ travel plans. We’ve used spare aircraft and other creative solutions to help our customers," the carrier says in a statement. "We are continuing to work through the schedule to try and swap and up-gauge aircraft to mitigate the disruption."

Several days ago United said it received regulatory approval to ferry its 14 grounded 737 Max to the Arizona desert for "short-term storage".