Aviate, which already operates 25 TRAC SR20s, expects to receive the first of the new batch in May. 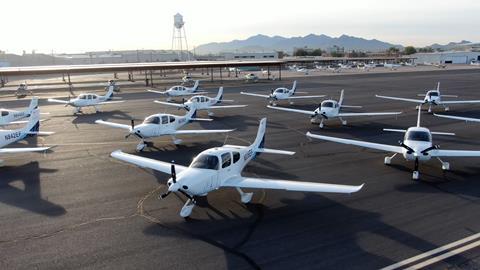 Expanding the fleet will help Chicago-based United meet its goal of training up to 5,000 new pilots by 2030, the airline says.

United Aviate, based at Phoenix-Mesa Gateway airport, also recently purchased seven new flight simulators, the first of which it expects to receive in April.

TRAC SR20s are “purpose built” for training and “developed specifically for flight-training institutions”, according to Cirrus.