Why does aviation still have a man problem?

For women, the imbalance is infuriating. For men, it should be a wake-up call. 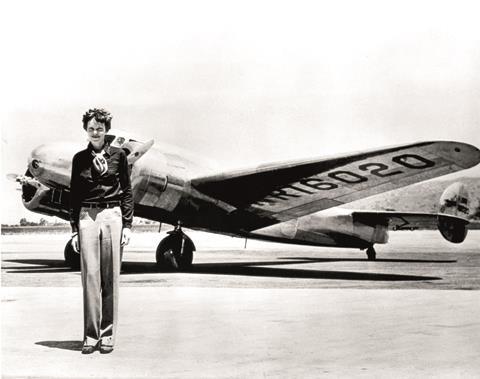 At company level, though, the entire gender-balance discussion occupies a space between embarrassment and sheer panic.

The language used is telling – it tiptoes around the issue, cloaked in euphemism, often reluctant to confront matters head-on. When the industry speaks of “unconscious bias”, what it actually means is outright misogyny. When it writes of “gender stereotypes”, think bigotry and bullying.

What’s clear is that toxic masculinity, inequality and subtle harassment continue in today’s cockpits, open-plan office spaces and executive suites across the industry.

Girls are told early on by teachers and parents to work hard, to not rock the boat, because there’s only room for so many women at the top. Women in corporate roles often have their career wings clipped for challenging a majority viewpoint, or expressing a perspective that deviates from the one that has comfortably nestled itself in an industry with a hundred-year history of male-ness.

Female pilots, locked into a tiny space at the front of the aircraft, more often than not with a male colleague, tell harrowing stories of rampant chauvinism and insidious intimidation as they attempt to concentrate on doing their job. A job, lest we forget, that is about ferrying passengers safely from A to B.

The 2% of aviation mechanics, 5% of commercial pilots and 13% of aerospace engineers who are female are sidelined far too often. They speak of being ignored, spoken over, belittled, outflanked, judged, mansplained and stepped on; of ideas stolen, motivation questioned and intelligence doubted. Too often their voices are still – consciously or unconsciously – discounted.

Their battle to take their rightful place in the left seat of airliners or on executive boards, though decades old, continues to yield only minor victories.

While there are beacons of enlightenment scattered throughout the sector, they remain almost invisible to the untrained eye. And even where there is progress, information on the topic is often difficult to extract.

Companies are quick to highlight individual success stories – showcasing women who are thriving – and admirable, significant investments and efforts to replicate these. They should, of course, be celebrated. But sector-wide metrics on gender equity across engineering and leadership roles, and the targets these firms set for themselves (if any), are frequently difficult to come by.

None of this will change until the men in power finally learn that in the long run, diversity – of gender, race, sexual orientation, thought, opinion, and perspective – leads to better outcomes for everyone.

Studies show that given the same training, education and qualifications, women are more open-minded, empathetic and take fewer risks. That makes them safer pilots, shrewder strategists and smarter investors.

But despite this empirical data, the number of women in cockpits, leadership pipelines and management ranks in the third decade of the 21st century remains vanishingly small.

At the core of the industry’s man problem is what is often referred to as the “old boys’ club” – the one that continues to block and derail the careers of the part of the populace that still has to work twice as hard to achieve half as much.

Until a critical mass of women establishes an “old girls’ club”, where members are welcomed, respected and taken care of just as well as, if not better than, their male peers, the status quo will not change.

Women know they need to beat men at their own game in order to get ahead. They are now, finally, rocking the boat like never before.

Success will be achieved the day that competence and skill, rather than gender or machismo, always determine who steers the future.

Pilar Wolfsteller is FlightGlobal’s Americas Air Transport Editor and is based in Las Vegas.