Controp's eyes in the sky

Like many in aerospace, Controp is constantly watching its weight. With the trend in unmanned air vehicles (UAVs) to smaller platforms, the Israeli pioneer in electro-optical/infrared surveillance cameras has been working on payloads that offer the same or better capabilities in a lighter package. Although the company’s equipment is found on land vehicles, ships and ground installations, Controp is best known for its gyro-stabilised airborne iSky and Stamp ranges. “Our DNA is from UAVs, so we have a heritage in making things compact,” says Nir Bar Natan, senior director of marketing. 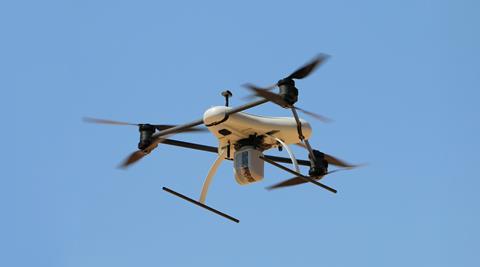 Another driver for the company – founded in 1988 and jointly owned by Rafael and Aeronautics – is introducing artificial intelligence and combining its technologies into “systems” that can be installed on one UAV. Both of these factors were behind the launch last year of its latest additions to its Stamp family, the Stamp-VMD and its larger sibling, the T-Stamp-XD. The new products, says Controp, introduce a “complete ISTAR [intelligence, surveillance, target acquisition and reconnaissance] concept – covering a large area and closing the sensor-to-shooter loop in real time”.

The Stamp-VMD, weighing 1.3kg (3lb), is pitched at group one UAVs (those lighter than 10kg) and optimised for flight below the cloud ceiling and coverage of areas up to 1sq km (0.39sq mile). However, its unique feature, for a product this size, says Controp, is an embedded processing unit that compresses and edits data before transmission, solving the problem of constrained bandwidth.

The T-Stamp-XD, a larger, 5.7kg unit designed for group two UAVs (weighing 10-25kg), is a surveillance and targeting system that guides munitions using laser technology, and includes an automatic video tracker that enables the operator to retain eyes on the target even when there is a communication loss. Controp describes it as “a game-changer in terms of optics performance versus weight”.

A third new product being showcased at the Singapore air show is the MD-Stamp, which, at 1kg, is a miniature version of the T-Stamp-XD. Controp says it has many of the functions of its larger sibling, including a laser-designator capability that closes the sensor-to-shooter cycle on tactical missions, as well as supporting munitions with laser-homing seekers.

Despite its effective ownership by Rafael – following the state-controlled company’s purchase of a 50% stake in Aeronautics last year – Natan describes Controp, which employs around 300 people, more than 40% of them graduate engineers, as “a small, vertically integrated business where we pride ourselves on personal contact with customers”. He adds: “Everything is done in house, which gives us a lot of flexibility and control of our budget. We can deliver a solution to a customer very fast.”

The company’s airborne ranges span the D-Stamp-HD, which weighs in at 850g (30oz), to the 29kg iSky 50HD, with other products including the iSea family for naval applications and the 90kg Speed-ER for border and coastal surveillance. Controp prides itself on the speed at which it brings products to market. “We launch three or four systems every year,” says Natan.