How Cindy Wong became a pioneer for ‘Women in Flight’

Currently awaiting a first officer position on AirAsia’s single-aisle fleet in Kuala Lumpur, Cindy Wong completed her training thanks to an ambassador scholarship from CAE.

When Cindy Wong was studying for a university degree in psychology in Australia, she did not know what she would end up doing with it – there was certainly no burning desire to become a psychologist.

But when her flight attendant sister mentioned that her airline was hiring flightcrew – and female pilots in particular – Wong snapped to attention. 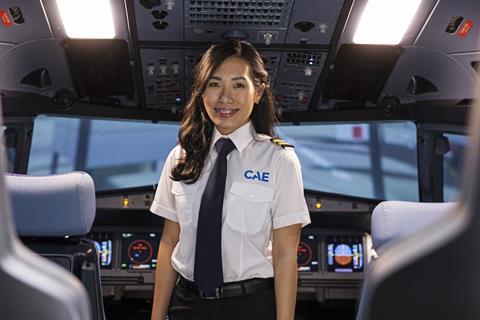 Ready and waiting: Wong is looking forward to her first flightdeck job

As many of her millennial peers would do, Wong reached for her phone.

“I started to stalk pilots on Instagram,” the now 27-year-old Malaysian says.

She wanted to know all about the career path: what kind of people were pilots? Where did they come from? What were the requirements? Soon, she began charting a path to join their ranks, applying to AirAsia’s cadet programme. But her first attempt flopped when she failed the initial assessment tests.

“I was devastated, but I knew this is what I wanted to do,” she says. She spent the next year preparing to retake the exams, and was accepted into the programme on her second try. In her batch of 20 cadets, she was the only woman. And then the doubts set in.

“Suddenly being surrounded by 19 guys was really intimidating for me. ‘How do I behave? Do I behave like them? Or can I just be myself?’

“I felt that I needed to perform better than everyone else. I felt intimidated. ‘Should I say what I’m thinking? Will I look dumb if I answer like this, you know, because I’m a girl?’

“My father actually wanted me to do a Master’s degree,” she says. “He thought that would be easier.”

That was four years ago. Covid-19-driven delays extended her training – she endured three lockdowns after finishing ground school in July 2019 – and despite her parents’ initial concerns she is now the holder of a multi-crew pilot licence (MPL), an accelerated-path certification which qualifies her to work as a first officer on Kuala Lumpur-based AirAsia’s Airbus A320 fleet.

In the meantime, she has amassed more than 300 total flight hours – 200h in simulators and the rest in a Cessna 172 – and the next step is to wait for a flightdeck seat to open up.

With commercial aviation in Asia still curtailed because of the after-effects of the pandemic, Wong expects she may have to wait up to a year before she can start her first cockpit job.

Wong’s aviation journey has an added twist. Like pilot candidates everywhere, she too was unsure where she would find the money to finance her training. Airline-sponsored cadet programmes are widely a relic of the past, and training today is often beyond many candidates’ immediate financial means.

That is where Canadian training specialist CAE stepped in, with its “Women in Flight” Ambassador scholarship programme.

“You hardly ever hear of any scholarships, especially here in Malaysia, and for women,” she says. “So this opportunity was amazing.”

CAE has so far selected pilot cadet candidates at six carriers – Aeromexico, AirAsia, American Airlines, CityJet, EasyJet and Southwest Airlines – to receive the scholarships. It currently sponsors one candidate at each of those carriers. The company hopes to extend the programme to further airlines in the coming years.

Wong’s obligations as a “Women in Flight” ambassador include speaking publicly about her experiences, giving interviews and conducting other kinds of outreach. In July, she travelled to the UK to speak about her aviation journey at the Farnborough air show. She has presented at schools and at other aviation-themed events, hoping to inspire more girls and young women to look into the many career possibilities that the industry offers. 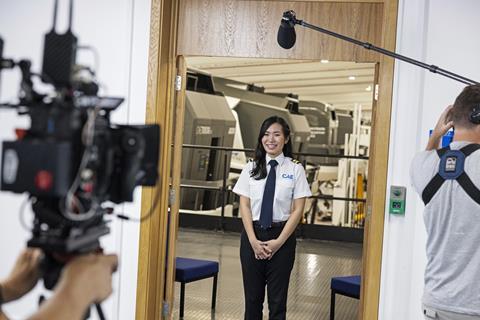 “It’s not just about pilots or cabin crew,” Wong says. “There are so many different roles in aviation, and I think girls are not aware of the wide scope of career paths – instructors, technicians and mechanics, for example. So, I feel there’s a lot of potential when we reach out and say ‘Hey, you can make this a career too. You can be a technician if that’s what you like. Or anything else’.”

Soon-to-be AirAsia first officer Wong is very aware that in a few short years she has gone from pilot fan-girl to being an important role model herself.

And, perhaps, one day, another young woman will look her up on Instagram.