In February 2020, a British Airways Boeing 747-400 set a new subsonic speed record for the New York-London route; was that flight merely a statistical fluke or an indicator that climate change is leading to a far more powerful transatlantic jet stream?

Driven by Storm Ciara, the 22-year-old 747 completed the sector from New York John F Kennedy airport to London Heathrow in 4h 56min on February 8/9, some 1h 20min faster than scheduled. A Virgin Atlantic Airbus A350-1000 that was following behind was only 1min slower than the BA flight. 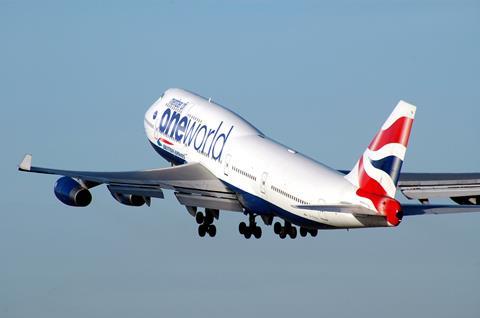 To put that into context, the only faster crossing between New York and London was flown by a British Airways Concorde in February 1996, when it completed the sector in a record 2h 52min 59s with a cruise speed of Mach 2, equivalent to 1,350mph – but that, of course, was a supersonic aircraft.

So, will record-breaking flight times increase over the Atlantic because of the atmospheric jet stream strengthening at cruising altitudes in response to climate change? Records normally grow harder to break as time goes by, but as Paul Williams points out, the subsonic eastbound transatlantic flight time record has been broken a lot recently – three times in the past five years.

Williams, a professor of atmospheric science at the University of Reading’s meteorology department, has studied climate change impacts on aviation in some depth. In addition to examining potential climate change impacts such as intensified turbulence and increased take-off weight, he has also studied the theoretical effect on flight routes and journey times.

By feeding synthetic atmospheric wind fields generated from climate model simulations into a routing algorithm typically used by flight planners, Williams wanted to find out what happened to transatlantic flights between London and New York if the atmospheric concentration of carbon dioxide (CO2) was doubled.

He found that a strengthening of the prevailing jet stream winds caused eastbound flights to significantly shorten, with westbound flights significantly lengthening; flights were twice as likely to take under 5h 20 min and over 7h 00 min respectively. Unfortunately, the impact on each direction does not cancel each other out but, rather, increases round trip journey times.

“Even assuming no future growth in aviation,” says Williams, “the extrapolation of our results to all transatlantic traffic suggests that aircraft will collectively be airborne for an extra 2,000h each year, burning an extra 7.2 million USgal (27.3 million litres) of jet fuel at a cost of $22 million and emitting an extra 70 million kg [154 million lb] of CO2.”

While Williams says it is too early to say whether the February record-breaking times will become commonplace or remain a statistical fluke, he adds a caveat: “What we can say, however, is that the jet stream is already a lot more sheared than when satellites started observing it 40 years ago.”

If so, pilots should expect a lot more clear-air turbulence (CAT) in future. Williams’s work here indicates that at cruising altitudes on transatlantic flights in winter, the diagnostics show a 59%, 94% and 149% increase in the prevalence of light, moderate and severe CAT, respectively, with similar results on other flight routes and in other seasons

“We conclude that, all other things being equal, climate change will lead to bumpier flights later this century,” he says. “Flightpaths may become more convoluted to avoid stronger and more frequent patches of turbulence, in which case journey times will lengthen and jet fuel consumption will increase.”