France has unveiled an ambitious and wide-ranging military modernisation programme that includes the acquisition of additional Dassault Rafale fighters, an all-new fleet of light helicopters and additional aerial refuelling tankers.

Still to be ratified by lawmakers, the military spending plan, or LPM, covers the period 2019-2025.

Under the proposal, Paris intends, by 2025, to have a fleet of 171 Rafales for its air force and navy: up from 143 at the start of the period. The balance of its combat inventory will be made up of 55 upgraded Dassault Mirage 2000Ds.

In addition, however, it will in 2023 order a fifth tranche of Rafales, for delivery in the 2030 timeframe. These will be built in an enhanced F4 standard, development work on which will commence in 2018. 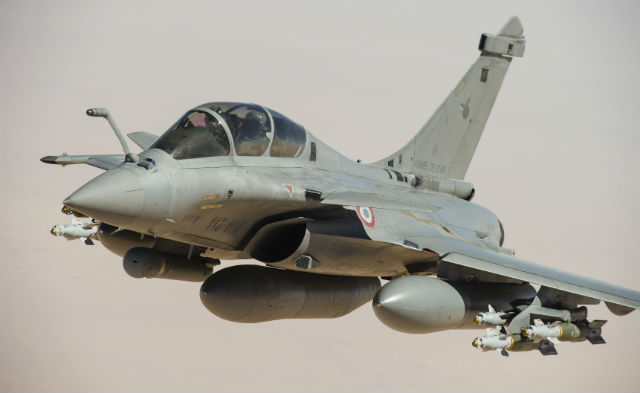 In addition, a new targeting pod will be purchased for the Rafale, with deliveries due by 2023.

Paris intends to launch a large-scale, tri-service acquisition of light helicopters by 2022. The HIL programme – for which it has selected the Airbus Helicopters H160M – will replace six rotorcraft fleets with a single type. First deliveries are due in 2028, with an eventual acquisition target of 169 examples.

Excluded from that acquisition are a replacement for the air force's SA330 Puma medium-twin helicopters. Instead, France will in 2023 order 12 new helicopters of an unspecified type.

Deliveries of NH Industries NH90 rotorcraft will also continue over the period, although six examples will be retrofitted for special forces missions, for a targeted fleet of 10 helicopters.

France will also accelerate deliveries of its Airbus Defence & Space A330 multirole tanker transport tanker fleet. Twelve of the aircraft are due to be in service by 2025, as part of an eventual 15-strong inventory: an increase of three units over the dozen Phénix tankers originally envisaged.

A total of 11 A400M tactical transports will be delivered in the period to 2025, according to the plan. The French air force's transport fleet will be bolstered by four on-order Lockheed Martin C-130Js – the last two of which will arrive in 2019 – plus the modernisation of 14 H-model Hercules. However, Paris will also launch a replacement process for the latter variant during the timeframe covered by the LPM.

In addition, France intends to initiate the procurement of new naval airborne early warning aircraft – to replace a three-strong fleet of Northrop Grumman E-2C Hawkeyes – and begin studies towards an eventual successor for its Boeing E-3F airborne warning and control system aircraft.