France and the UK have launched a three-year programme to advance the replacement of their current inventories of air-launched cruise missiles and anti-ship weapons, to enter use around the end of the next decade.

Representing an investment worth €100 million ($108 million) to be funded equally by the nations, the future cruise/anti-ship weapon (FC/ASW) activity will be performed by MBDA, under the leadership of France’s DGA defence procurement agency. It aims to introduce a new family of missiles to replace the partners’ current MBDA Storm Shadow/SCALP-EG and Exocet weapons, as well as the Boeing-produced Harpoon system.

MBDA says the up-to three-year concept phase will “mature systems and technologies that will increase the availability, range and lethality of anti-ship and deep strike missiles launched by both air and naval combat platforms”.

DGA director general Laurent Collet-Billon says Paris expects to field a family of systems to replace its current weapons “by around 2030”.

Referring to the company’s “One Complex Weapons” initiative, MBDA chief executive Antoine Bouvier says: “We aim to work in even closer partnership with our domestic military customers in order to converge their requirements.”

Work on the proposed FC/ASW capability began with joint studies conducted from 2011, and the new phase will potentially be followed by an assessment and demonstration activity.

Speaking during an annual results briefing in London on 15 March, Bouvier said MBDA’s future family of deep strike weapons will be an important capability to protect deployed forces in a future anti-access/area-denial environment. 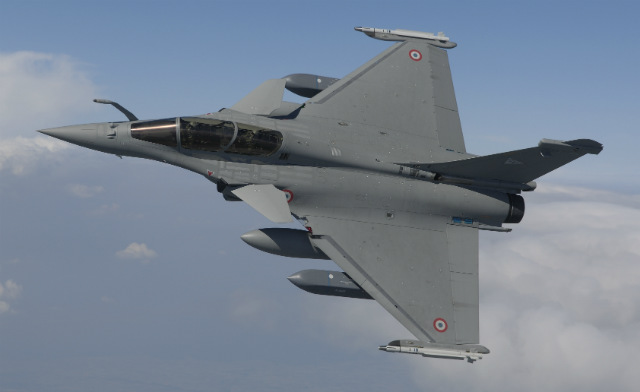 MBDA was last year contracted to perform a mid-life upgrade on the Storm Shadow/SCALP-EG cruise missiles used by the French military and UK Royal Air Force. The UK’s Defence Equipment & Support organisation values its commitment as worth £146 million ($183 million) and says the work – to include refurbishing the weapon’s turbojet engine and upgrading its navigation system – will ensure Storm Shadow “remains fit for purpose and ready for operational use” until a successor enters use.

Deliveries of refurbished weapons will commence for the UK next year, with work having started last month. France is to receive improved SCALP-EG rounds for use with its Dassault Mirage 2000Ds and Rafales from 2020.