Deliveries of the NFH naval variants of the 11t rotorcraft to the French navy began in 2010 and since then the type has seen a progressive programme of capability enhancement. 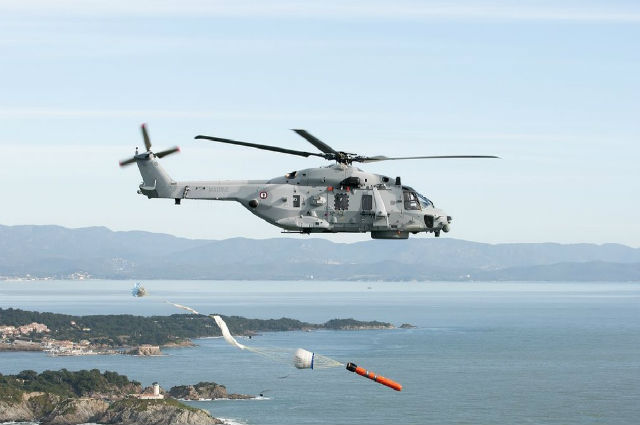 The latest milestone follows the successful integration of the Eurotorp MU90 torpedo with the platform.

A Caïman is currently embarked with the air defence frigate Chevalier Paul on the Arromanches mission in the Persian gulf.

Flightglobal’s Ascend Fleets database records the French navy as operating a fleet of 13 NH90 NFHs, with a further 14 examples on order.