Germany has taken delivery of its first A400M tactical transport, with its air force becoming the fourth to introduce the type.

“The Bundeswehr accepted the aircraft at the A400M final assembly line in Seville, Spain on 18 December,” says Airbus Defence & Space. The company had performed the first flight of the aircraft – production number MSN18 – from the site in mid-October. 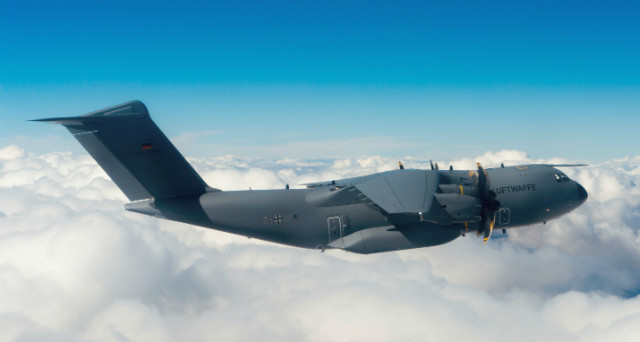 Delivery of the aircraft means that a combined nine production examples of the A400M Atlas have now been handed over, with France having received six and Germany, Turkey and the UK one each.

The type will be replacing the Luftwaffe’s C160 Transalls, with 53 on order.