Germany's first A400M tactical transport has moved a step closer to its delivery later this year, with the aircraft having received the Luftwaffe's service markings.

Airbus Defence & Space on 10 October released an image of aircraft MSN18 after it left the paint shop at the company's San Pablo site in Seville, Spain. Carrying the number 54+01, the transport had entered final assembly at the site at the start of this year, and performed the first ground run of all four Europrop International TP400-D6 turboprop engines late last month. 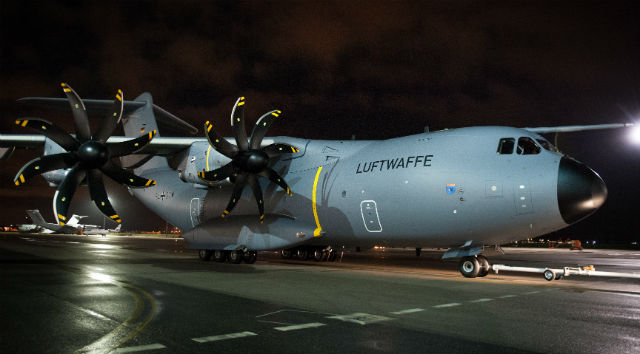 The company on 12 October performed the first taxi trial with MSN18, during which the aircraft moved "forwards and in reverse and performed a series of tight turns," Airbus says. "In the coming days it will carry out progressively faster trials before making its first flight," it adds. 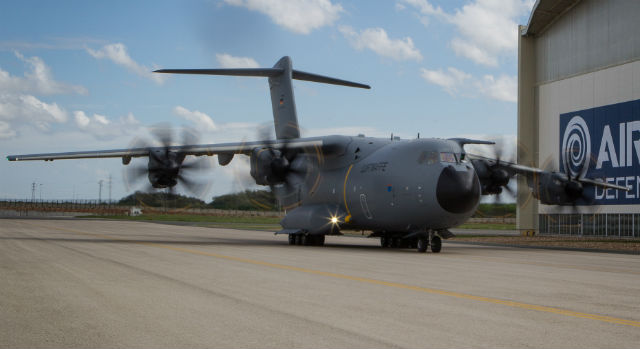