Greek air force investigates cause of A-7 crash

The Greek air force is investigating the cause of a non-fatal accident involving one of its Vought A-7 Corsairs, just weeks before the type’s retirement from use.

During the incident on 26 August, the pilot of the single-engined strike aircraft ejected near Komotini in northern Greece, and escaped injury.

The air force says the factors behind the incident – which happened while the aircraft was involved in a mock dogfight with another A-7 – are under investigation. Assigned to the 116th Fighter Wing, the pair had taken off from Araxos air base.

Flightglobal’s MiliCAS database records the service as having had an active inventory of 18 A-7Es and 10 TA-7C trainers prior to the mishap. 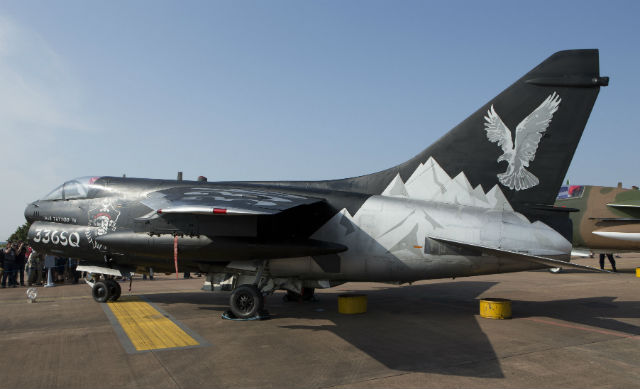 Greece is the only remaining operator of the A-7, with MiliCAS showing its examples as having been delivered between 1968 and 1980. The nation expects to halt operations with the type – which was first flown in September 1965 – during October 2014.