Grob Aircraft hopes to announce further customers for its G120TP trainer this year, as it closes in on final assembly of its 100th example.

Current commitments for the turboprop-engined type mean the German company’s production backlog is full to the end of 2018, covering about 90 units. It is now completing one aircraft every six working days – about 36 a year – but could increase this significantly, with the required tooling already in place. “We can double the rate with increased staff,” chief executive André Hiebeler told FlightGlobal during the Farnborough air show. 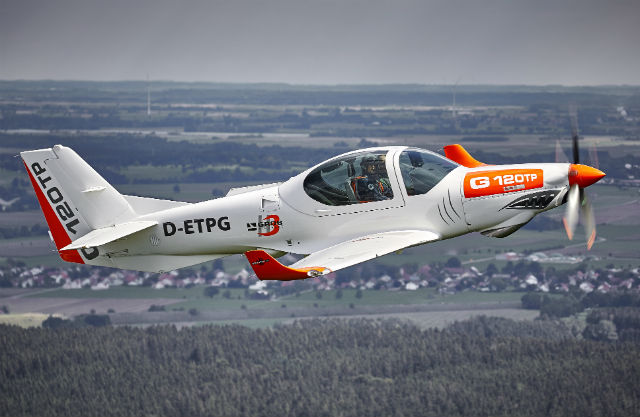 The G120TP is already in operational service with the air forces of Argentina, Indonesia, Mexico and Myanmar, and is poised for delivery to the training company CAE for use during the instruction of fixed-wing pilots for the US Army. Grob has also secured orders this year to produce 10 aircraft for Jordan and 23 for the UK.

Now at the end of final assembly, the programme’s 100th aircraft is part of CAE’s six-unit order, Hiebeler says. The first two examples for the UK’s Military Flying Training System are in production and due for delivery to the Affinity training consortium in September/October. To be named the Prefect in UK service, the type is due to begin delivering training services late next year.

While declining to name other potential buyers, Hiebeler says other countries in Latin America are showing interest, and that Jordan and Mexico could both acquire additional examples. He also believes the US military will show increased interest once army students start flying it.

“Once they are confronted with the TP concept, everyone likes it,” he says, adding that Grob’s ambition is to add two new customers a year.

Meanwhile, the company has selected Pratt & Whitney Canada to provide its PT6A-67A turboprop engine for use with its pair of G520NG intelligence, surveillance and reconnaissance demonstrators. 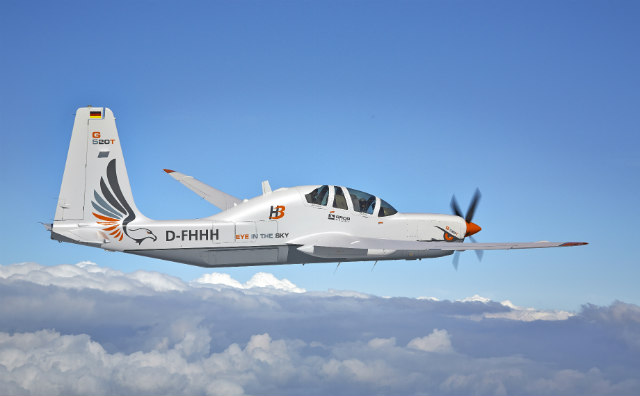 While the -67A is certificated for flight at altitudes up to 45,000ft – some 7,000ft lower than the aircraft’s baseline Honeywell TPE331-14F engine – Grob says the PT6A’s global support network and increased time between overhauls offers significant benefits. However, the Honeywell engine will be retained as an option for customers requiring higher-altitude performance.

“Grob and P&WC are studying new joint opportunities on other aircraft platforms,” the engine supplier says.