Airbus Helicopters has today ended months of speculation with the official unveiling today at Heli-Expo in Orlando of its new H160 medium-class twin-engined rotorcraft which it has repositioned in order to be what chief executive Guillaume Faury describes as “the AW139 killer”.

To effectively target the strongly selling AgustaWestland type, Airbus Helicopters has significantly altered the capabilities of its new model over the past 24 months.

First flight is scheduled for later this year with certification and service entry envisioned for 2018. Certification flight testing will be performed with three prototype aircraft and one pre-serial example. Orders for the new helicopter will begin to be taken next year.

Faury says it repositioned the H160 according to the market’s view of “what a medium helicopter is today”. 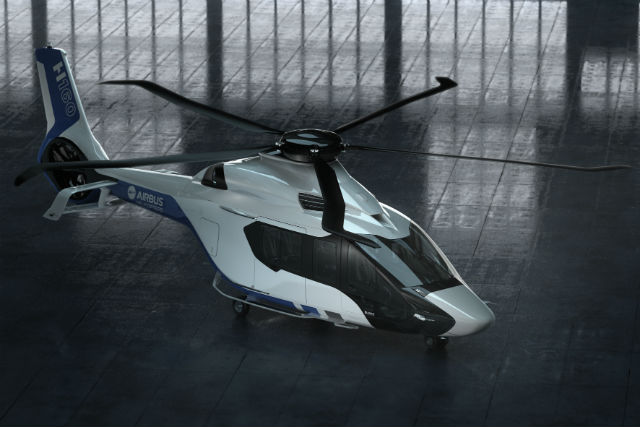 What matters for customers, he says, is the performance of the aircraft combined with safety, reliability, efficiency, comfort and ease of maintenance. “We will confront the AW139. I believe it will have difficulty to compete with the H160 on all these parameters.

“It [the H160] will be more competitive in all aspects. It will be the reason that customers move in the direction of the H160.

“This is clearly the new generation in this segment and clearly will be much better than the competition. It is the AW139 killer.”

Although Airbus Helicopters has ditched many of the advanced features seen on the initial concept study – most notably the fly-by-wire controls – it still sees the new rotorcraft as significantly ahead of its peers.

It will feature a fully composite airframe with the main fuselage made in house at its Donauwörth manufacturing centre and the tail boom fabricated by France’s Daher. The five-blade main rotor will use the distinctive hockey stick-shaped Blue Edge blades, and avionics will be the latest iteration of the Helionix suite that entered service on the EC175 and EC145 T2 last year.

Other notable features include a shrouded Fenstron tail rotor which is canted at 12° to provide additional lift, a rear “biplane” stabiliser on the tail to improve low-speed handling, and electric landing gear and brakes. 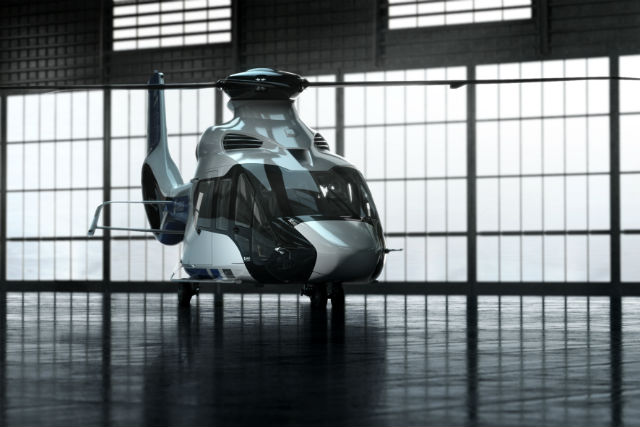 “The is a very important level of expectation [from customers]. Not by having this or that technology, but by assuring first a high level of availability, high performance, high comfort [through] lower levels of noise and vibration, size and speed,” says Faury.

Although much of the helicopter’s configuration has been frozen for some time, the airframer did, however, recently drop Pratt & Whitney Canada’s PW210E as an option, despite previous indications that it would be the lead engine. Instead, it will proceed with a sole powerplant in the form of the new 1,100-1,300shp (820-969kW) Arrano being developed by France’s Turbomeca. It sees the Arrano as able to provide sufficient power to match the performance of the PT6 engines used on the AW139.

However, initial ground runs of the manufacturer’s dynamic helicopter zero test rig are likely to be conducted with the already delivered P&WC powerplants.