Bell is confident that its EDAT electric tail rotor system will eventually make its way into production, although the manufacturer cautions that this may not happen for another five to 10 years.

Testing of EDAT (or electrically distributed anti-torque) – which replaces the traditional mechanical tail rotor with four electric-powered fans – has been taking place at Bell’s Mirabel facility in Quebec since May 2019 using a modified 429 helicopter. 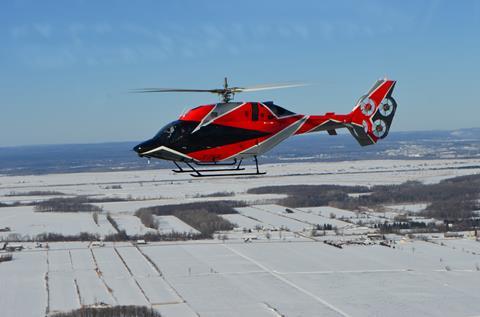 Bell has been developing electric tail rotor system on 429 helicopter

On 14 December, the airframer showcased the system at Aero-Montreal’s 2020 Innovation Forum. Speaking at the event, Steeve Lavoie, president of Bell Textron Canada, said it was a “medium- to long-term goal” to bring EDAT into commercial service.

Although declining to offer a more specific timeframe, Lavoie says the system “will be put on to a programme at a certain point”.

Bell continues to analyse the results from the EDAT demonstration phase and will then work to optimise the system in order to bring it to the required technology readiness level, he says.

“It is more realistic to look at five to 10 years before we can see such a product commercially produced on many aircraft,” Lavoie says. “We have a lot to do.” 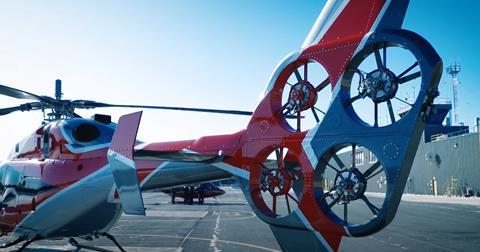 Bell cites improved safety, lower noise levels and reduced operational and maintenance costs as key advantages for the system. It has accumulated around 25h of ground and flight testing to date.

Although it will not offer specifics, Bell says in tests the EDAT system produced lower noise levels than a conventional tail rotor. Using optimised components – rather than off-the-shelf products as on the demonstrator – would reduce this further, it says.

But an in-flight failure of one or more fans has yet to be tested, he says. “Given that this is a demonstrator aircraft we didn’t want to try a failure in the air. But we did evaluate the thrust [produced] on the ground and if we did lose one fan we would still be able to hover safely and get back onto the ground.”

While the medium-twin 429 was selected for the demonstration effort, Senthilnathan says that the technology would be suitable for any size of helicopter. However, he notes that “a bigger aircraft is more forgiving” in terms of the addition of extra components.

As part of the optimisation process, Bell is looking at how to balance the cost and weight of EDAT. “One challenge is to package the system in such a way that it is palatable to the market,” he says.

Recent patent awards in the USA show that Bell is keen to advance beyond the basic EDAT concept. Senthilnathan says the company will in future evaluate other configurations, either on the ground or in flight.