Bond Helicopters to base five AW139s at Norwich for Perenco contract

Bond Helicopters will base five Leonardo Helicopters AW139 intermediate-twins at Norwich airport in support of a five-year offshore support contract with Perenco.

Operations are due to start in January 2024 when the contract switches over from incumbent Bristow Helicopters. 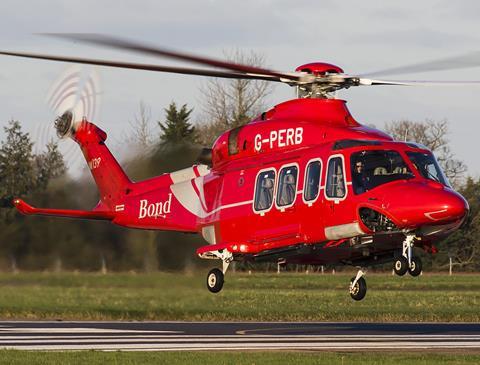 Bond says the leased AW139s – two of which will be the 7t higher gross weight variant – are to be painted in the distinctive red livery of earlier Bond businesses.

Despite the lengthy history of the Bond family in the offshore industry, Bond Helicopters is a new arrival, having only been established in March this year. Its sole director and owner is Peter Bond.

However, it will be supported by Gama Aviation, which is to invest around £3.5 million to stand up the operation and for other working capital requirements. Gama says the company will be a 50-50 equity joint venture.

Peter Bond says the business sees “further opportunities to be realised in both the offshore and onshore markets”.