Bristow Helicopters has confirmed that a further pair of AgustaWestland AW139 intermediate twins will be employed on the UK’s privatised search and rescue contract from next month.

The new facility at St Athan, South Wales is due to go live on 1 October, taking over SAR activities from the Royal Air Force’s 22 Sqn, based at Chivenor in Devon.

It was one of several sites scheduled to become operational this year using larger 8.3t AW189 helicopters, however delays to the development of the SAR variant have forced Bristow to operate other platforms in its place.

Crews at St Athan will join their counterparts at Lydd airport in Kent in operating the AW139, while those at Inverness continue with the Sikorsky S-92.

Bristow has yet to disclose when the AW189 will begin working on the SAR contract, or at which base, but continues to undertake “operational evaluation for its entry into service”. 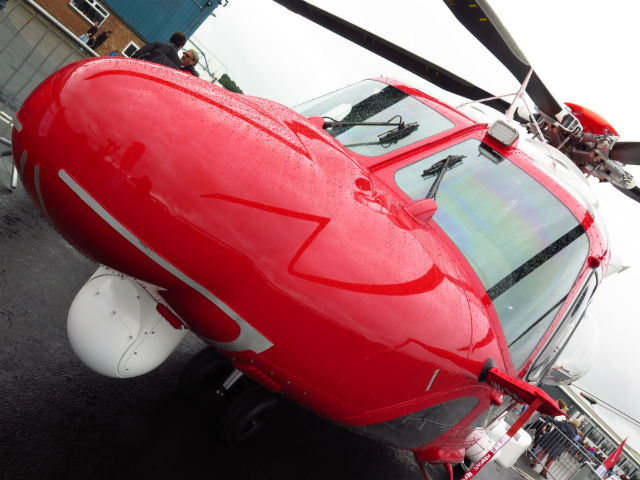 It does at least have a few months before the next AW189 facility becomes operational, with Prestwick due to go live on 1 January 2016.

So far Bristow has taken delivery of three of the SAR-roled AW189s, according to the UK’s civil aviation register.

Delays to their service entry have been caused by the slow certification of ice protection systems. However, AgustaWestland confirms that it has now attained European Aviation Safety Agency approval for its Limited Ice Protection System on the type.

Validation of the more comprehensive Full Ice Protection System will not take place until the middle of next year, however.

Separately, the airframer confirms that deliveries of the new 7t variant of its AW139 have begun from its Vergiate production line.

AgustaWestland in March announced the increase in maximum take-off weight from a previous upper limit of 6.8t.