AgustaWestland anticipates receiving certification from EASA for the search and rescue (SAR) variant of the AW189 in the coming weeks.

The Anglo-Italian airframer says it “expects to obtain EASA certification of the AW189 SAR variant by year-end”.

However, there are still question marks as to whether the new helicopter will be ready for operation in the UK by next year’s deadline.

It is due to enter service with Bristow Helicopters as SAR operations transfer from the Royal Air Force and Royal Navy to the private sector.

Bristow plans to operate the first pair of AW189s from Inverness airport when it takes on the SAR responsibilities from the RAF’s Lossiemouth-based 202 Sqn on 1 April.

But in the event that the AW189 is not ready on time, the operator has lined up two Sikorsky S-92s as a contingency for Inverness. 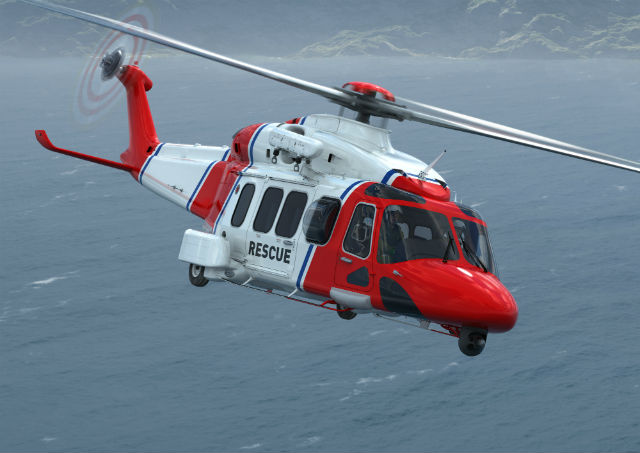 In all, 11 of the 8.3t helicopters will be used on the contract, alongside 11 S-92s. Bristow requires a total of nine examples by 1 January 2016, the majority of which will be assembled at AgustaWestland’s Yeovil facility in the UK.

Although the first of the SAR aircraft is in the UK and bears the registration G-MCGM, neither party is able to indicate the date of first delivery.

Indeed, as a further backup, Bristow confirms that two SAR-roled AW139s have been produced in Italy.

However, it stresses there is “no planned base” for the 6.4t helicopters, and that they are simply “part of its contingency planning” and may not be required.

Aside from ceding nearly 2t in maximum take-off weight, according to AgustaWestland’s product information the AW139’s cabin is some 3.2m³ (113ft³) smaller – it is both narrower and shorter – than that of the 11.2m³ cabin in the AW189.